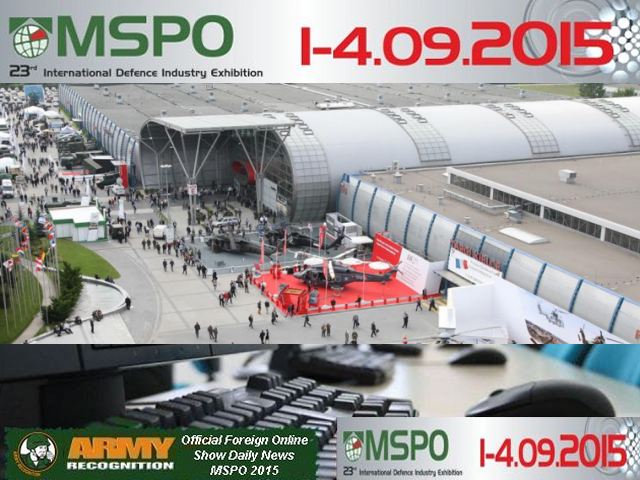 Peace activists’ eyes are focusing on the Stop the Arms Fair week of action in London – the biggest anti arms trade protesting against the biggest arms fair, DSEI. At the same time in Poland the 23rd MSPO International Defence Industry Exhibition takes place fairly unnoticed. According to the organizers it is “the third largest trade show on the Old Continent; ranked after Paris and London” with over 500 exhibitors and dozens of government delegations. Nearly all major arms companies are giving presentations and briefings. The US embassy is organizing a reception for US decorated Polish Warriors. There will be a press conference on Polish – Ukrainian cooperation, for invitation holders only. And the Special Forces’ equipment area will be twice as big as last year. To be short, MSPO is offering all the fun of a military fair.

Last year’s MSPO had, amongst others, a seminar on the topic “Structural changes in the defence industry in Ukraine on its way to NATO” (my emphasis) organized by the NATO Liaison Office. Apparently this was not a confidence-building seminar for Russia, which was not invited anyway. Russia is also no longer welcome at the London DSEI Fair, where it has been present last time in 2013. One can understand that a country invading its neighbour is no longer welcome at an arms fair, although it makes one wonder what Saudi-Arabia is doing at both fairs (invading both Bahrain and Yemen recently).

Militarism is strong in Poland, a NATO member since 1999. The country has raised its defence budget by 18 per cent to to £6.6 billion in 2015, making it the thirth European country, together with Estiona and of all countries Greece, to meet the Nato target of two per cent BNP investment in defence. Poland intents to upgrade its military forces for about $42 billion over the next ten years. The military modernization program will include a missile defense shield, anti-aircraft systems, submarines, combat drones, and armored personnel carriers. The defense industry must be licking its lips.

The proces of military modernisation has been set in motion by former prime minister Donald Tusk. Unlike former DDR-burgress Merkel, former Solidarnosc activist Tusk is a hardliner towards Russia. Since 2014 Donald Tusk is holding the EU Presidency and and according to an analyst from the Carnagy Foundation: “Tusk’s appointment only has meaning if he can persuade member states to push forward with a much stronger European foreign and defence policy … This is Poland’s chance and he can’t blow it”. He believes in deeper EU integration, but he believes in it mainly for security reasons. It helps that his former Polish vice-president Elzbieta Bienkowska has become EU Commissioner for Internal Market, Industry and SMEs, a position which she uses to organise support for the European defence industry.

The new Polish president, Andrzej Duda, who has taken office last month, is also very much in favor of a strong military Poland. And also of a strong Polish military industry, now consisting of 90 core companies employing 30000 people. It is quiet possible that Duda will alter the choice of the last government to buy the Airbus Caracal EC-725 military helicopter to replace it with Sikorsky’s Black Hawk or AgustaWestland’s AW149, as both manufacturers operate Poland-based subsidiaries — PZL Mielec and PZL Swidnik, respectively — and employ local workers. The Defense Ministry responsible for the choice, however, has dismissed bids by the US and Anglo-Italian consortia, as they “were not in compliance with the formal and technical requirements.”

Duda has also signed a law giving the state control over ownership of companies in strategic industries such as defence. (JDW 26/08/15) Changes in ownership structures must be brought to the attention of the Ministry of Treasury, which will have three months to deceide whether to apporove the transaction. The law will also apply to privately-owned companies, although at present more than half of the defence ventures in Poland are already owned by the government. It is to be seen if this new law will stand against the EU rule of free capital movement.

For activists who want to protest against arms promotion at a fair it might be too late to go to Poland. It is still possible though to join the protests against DSEI in London in September or the nonviolent direct action against the ADEX arms fair in Seoul, organised in October by World without War. Watch this video of the Korean peace protest against ADEX in 2013.