It seems to be arms fair season. Two weeks ago, Dutch peace activists and the solidarity movement with Palestine went to Rotterdam to protest against the annual meeting of the Dutch Defence and Security Association (NIVD). This annual meeting is connected to an exhibition, newspeak for arms bazar. Just before the meeting, the spokesperson of the NIVD told the press that one of the participating companies, Israel’s Elbit Systems, would not showcase a new missile system, out of fear of protesters. So even before the waving of banners started, the peace activists were already succesfull and received broad media attention. At the same time however, several contracts on fighter aircraft F-16 and F-35 (Joint Strike Fighter) where concluded at the arms fair.

On December 1, defence exhibition IDEAS2014 has opened in Karachi. Dozens of top military officials and senior dignitaries have been attending. The organisation assured that all necessary security measures have been taken to provide a safe and secure environment for the more than 200 companies from 23 countries, and more than eighty delegates from more than forty five countries. It is worth the effort, because, as was stated in the Pakistan Observer, the military spending spree of India “is also posing a serious challenges to other neighbouring countries.” So what may be called the South Asian arms race is the reason to sell even more.

The Dutch are preparing a trip to the IDEX arms fair in Abu Dhabi. In February 2015 the NIVD and the Netherlands Aerospace Group (NAG) organises this in cooperation with the ministries of Foreign Affairs, Economic Affairs and Defence. Minister of Defence Jeanine Hennis-Plasschaert will be heading the delegation in person. (See the IDEX website for the most recent overview of participants.) The Middle East is the region with the highest military expenditures after NATO countries and East Asia. So for arms manufacturers, it is absolutely the place to be.

Closer at home there will be a next chance to raise sales and profits. From June 3 to 5 the whole circus of the international arms industry will be coming to Rotterdam harbour for the Underwater Defence Technology (UDT) fair. Submarines, torpedo’s and sonar, all the hidden under-surface killers will be presented here. Some are or will be armed with nuclear weapons, like those subs of France, UK, US and Israel. The last time the UDT fair was organised in the Netherlands the event took place in Amsterdam. Companies such as Lockheed, Martin, Airbus (EADS), Thales, Raytheon, British Aerospace and Finmechanica were at show in 2005. Together they counted for one third of all arms sales worldwide. The 2005 UDT fair met with fierce protest by peace activists and and was blockaded effectively for hours. The Major of Amsterdam, Job Cohen, stated at that time that although he could not close the fair, he was not happy with it either. The Socialist Party opposed the exhibition of bombs.

In 2014, several political parties in the Rotterdam city council supported a proposal to ban arms fairs altogheter from the city of Rotterdam. Major Aboutaleb proposed a proper debate on arms fairs in the city, in response to the protests against the NIDV fair.

The banning of arms fair has some history. The International Training and Exhibition Conference (ITEC) for example first met with objections from the members of the Haque city council in 1999 who visited the fair. ITEC met with protests everywhere ever since, in Amsterdam, the Haque and Cologne. Next year the fair will be organised in Prague. Franciscan protesters, who follow the ITEC arms fair all over Europe, booked another victory in 2014 when, just like Amsterdam which declared ITEC not welcome for 10 years, the city council of Cologne decided that hosting ITEC for 3 times in the Kölner Messe has been enough!

It is the arms fair season. Protesting arms fairs may become fashion for this winter and spring. 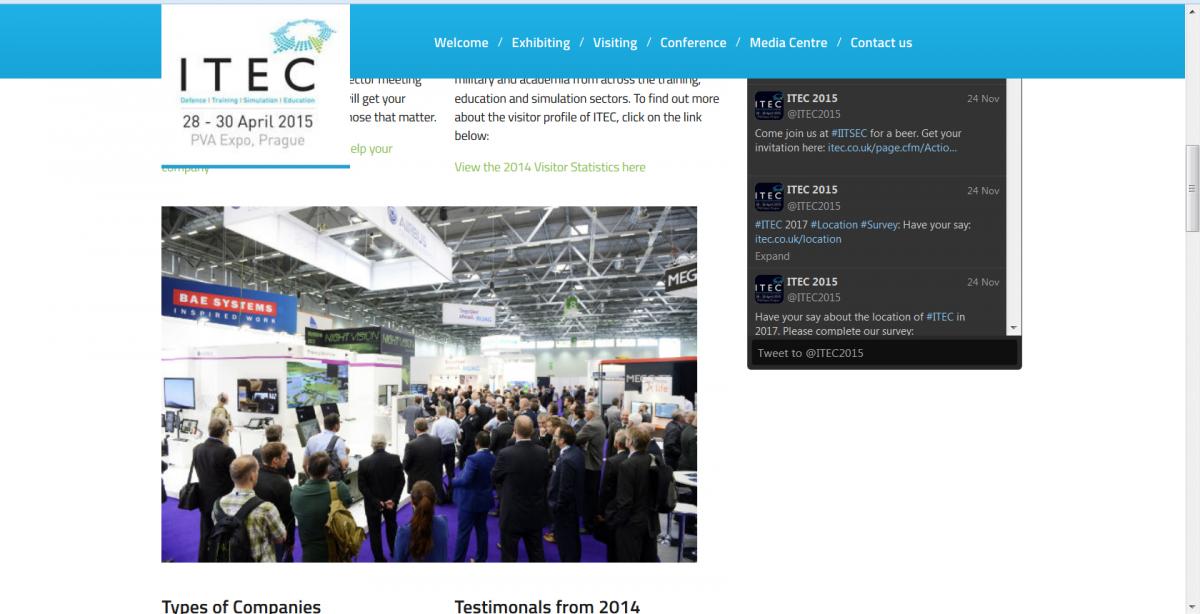