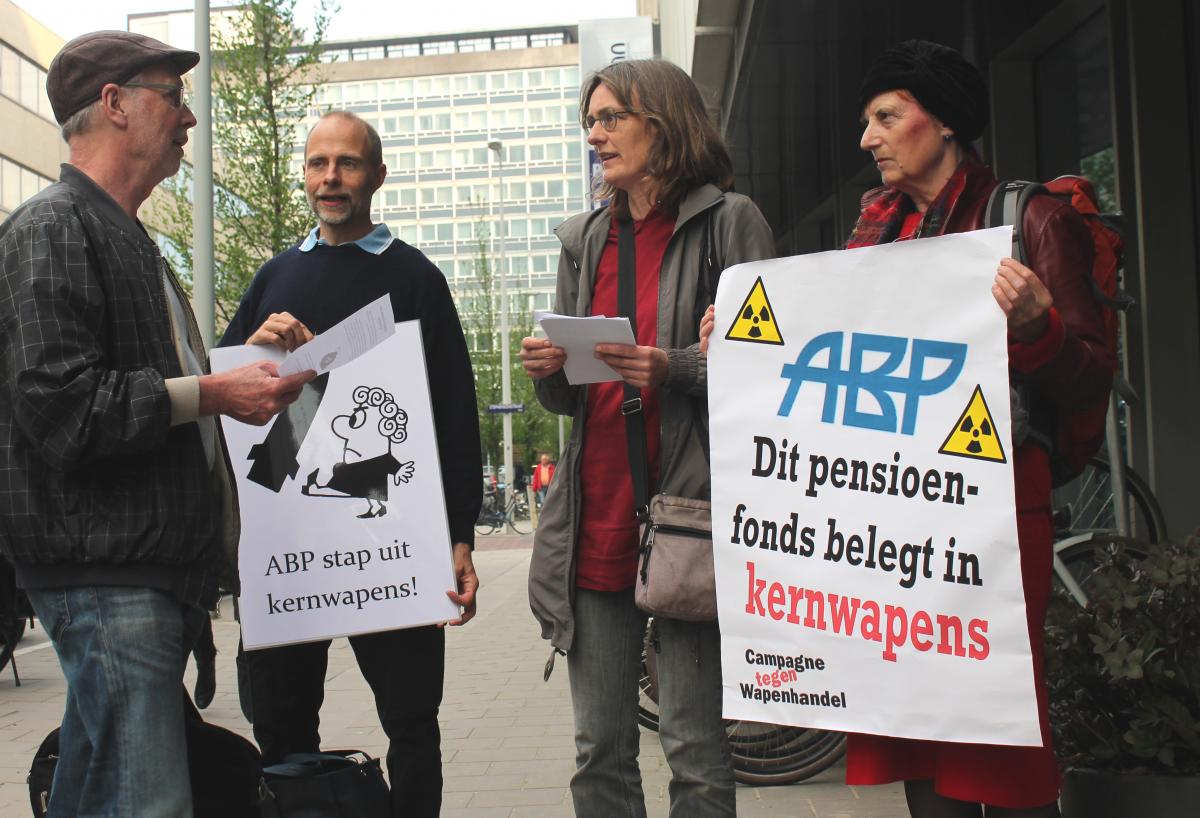 Recently ABP, the largest Dutch pension fund, announced it had divested from shares in Indian company Larsen & Toubro. ABP stated that Larsen & Toubro was excluded because “the lack of cooperation in order to rebut the presumption of direct involvement in the production of nuclear weapons. Thereby the company is acting contrary to the non-proliferation treaty aimed at tackling the global spread of nuclear weapons.”
When Stop Wapenhandel first discovered that ABP was investing in Larsen & Toubro, it publicly pointed at the fact that this was contrary to ABP’s own policy of not investing in “nuclear weapons that are manufactured in violation of the NPT (Nuclear Non-Proliferation Treaty)”. In response to our press release ABP stated in the media that there was no problem, because the “products were not specially suited for nuclear weapons systems”. A ridiculous statement, since Larsen & Toubro is heavily involved in the development and production of India’s nuclear submarines.
(Photo: Martin Broek)
At a public ABP meeting in Amsterdam, activists brought the issue forward for an audience of ABP participants and board members. Last November ABP once again was confronted with this breach of its own policy, when TV news program ‘Een Vandaag’, made an item about nuclear weapons investments, based on the annual ‘Don’t Bank on the Bomb’- report by Pax and ICAN.
Finally the ABP board promised to have another look into the issue and, quite surprisingly, proudly announced some weeks later that it would divest from Larsen & Toubro. While a positive step, it is disappointing that it took ABP nine months to adhere to its own policy. However, this also shows that divestment activism is necessary and can be effective!
Congratulations to ABP? Not that much, as the pension fund keeps investing in other nuclear weapons companies, as long as they belong to countries adhering to the Non Proliferation Treaty (NPT). ABP still has shares in companies like Boeing, Lockheed Martin and Airbus, totaling about 1 billion euros. And, while it is clear that the nuclear weapons of India and Pakistan are a violation of the NPT, it is also clear that the failure of the ‘official’ nuclear weapons states to come to complete nuclear disarmament contravenes the spirit of the Non Proliferation Treaty, in which is promised that “each of the Parties to the Treaty undertakes to pursue negotiations in good faith on effective measures relating to cessation of the nuclear arms race at an early date and to nuclear disarmament, and on a treaty on general and complete disarmament under strict and effective international control.” Not even are NPT countries not disarming, the US, the UK, France, China and Russia are all modernising their nuclear weapons arsenals, implying their deployment for decades to come.
There is no need to laud ABP patting its own back on greenwashing its highly doubtful investment policies with one small, overdue, divestment step. We need to keep on building pressure to end the investments of ABP and other financial institutions in nuclear weapons completely.
[MA, 26 January 2015]