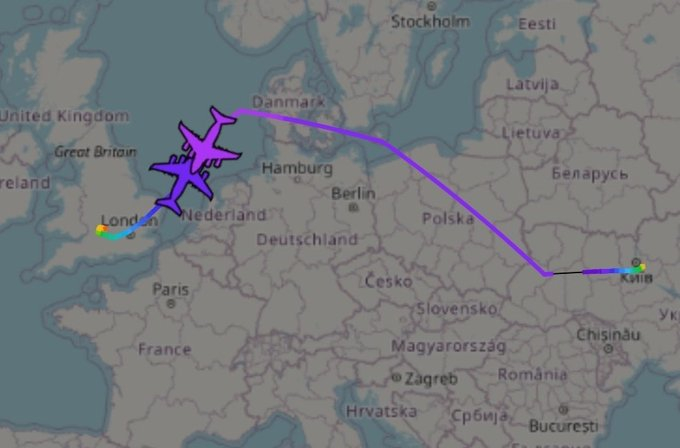 It is mid-January. The cold of war is in the air. Last week Russian and NATO diplomats have been meeting, but as neither of them wants to move an inch the talks had no result. NATO continues to defend its expansion to the east as if Ukrainian membership is “purely a matter of respecting the alliance’s charter, which enshrines the open-door policy, or of Kyiv’s* God-given right to choose its allies” and not if it may be wiser to end expansion which “would be an act of self-defence for the alliance itself, giving it the gifts that greater limitation and greater clarity confer” as US professor of History Michael Kimmage wrote in Foreign Affairs. He remarks that “NATO suffers from a severe design flaw: extending deep into the cauldron of eastern European geopolitics, it is too large, too poorly defined, and too provocative for its own good.”

This kind of western self-reflection is rare. In general, western observers point to Russia as the only cause of tension and trouble, ignoring that NATO members have been arming the Ukrainian armed forces for years. One of the examples is that although the Association Treaty between the Ukraine and European Union of May 29, 2014 was almost exclusively advertised as on economics, in Article 10(2) it stated that: “The Parties shall explore the potential of military-technological cooperation. Ukraine and the European Defence Agency (EDA) shall establish close contacts to discuss military capability improvement, including technological issues.” The Treaty has a long history but it was initiated in its final form on March 30, 2012. At the time Moscow and Brussels were aiming to get Kyiv in their respective spheres of influence. In 2018 Ukraine was added to the list of NATO aspiring members and step by step is tugged further into the Western sphere of influence. And although the debate on arms sales to Kyiv is stronger than ever, arms sales to Ukraine are not a new phenomenon. Turkey e.g. in 2018 sold armed drones used during the conflict.

In this moment of crisis Ukraine asks European countries to provide it with arms. This is a real test case for the European Union Common Position (EUCP) on military exports, which states that no arms should delivered to crisis areas and countries in conflict. Criterion 3 of the EUCP says that: “Member States shall deny an export licence for military technology or equipment which would provoke or prolong armed conflicts or aggravate existing tensions or conflicts in the country of final destination.” This criterion has been used (and violated) in many situations of armed conflict before, but hardly ever were EU countries so involved. And hardly ever can there be a more justified war than a war of self-defense against an aggressor. One has to come up with strong arguments for refusing weapons to the victim of aggression. However, especially in this case the intention of the EUCP becomes clear. A few extra weapons would not make a decisive contribution to bringing the Ukrainian army on an equal footing with the Russian army. A delivery would have only symbolic value, which would make Ukraine feel good, but would further reduce the chances of a diplomatic solution – and increase the risk of escalation.

This is understood in Germany. In a interview with the Sächsische Zeitung, the fresh Minister of Foreign Affairs of Germany Anette Baerbock said: “I don’t think it’s realistic to reverse the military imbalance with such supplies. The best protection is that there will be no further aggression.” She proposes other means if needed: “In an interconnected world, the ability to cut a country off from international supply chains or restrict payments can have a much greater impact than supplying arms.” In the Netherlands, not impact on peace but falling in line with US policy has taken over foreign politics, as the newly-installed minister reversed the former policy of non-deliverance.

The viewpoint embedded in Criterion 3 is the reason the German government will not export to conflict regions, included the Ukraine. Moreover “weapons deliveries tend to escalate and would deprive us of the possibility to be in a dialogue and mediation with Russia,” Stefan Meister of the German Council on Foreign Relations (DGAP) said. Also Swedish Minister of Foreign Affairs Ann Linde clearly said that the country will not supply arms to Ukraine because of arms export rules.

There is an additional reason not to deliver arms to the Ukraine, which is formulated in Criterion 7 of the EUCP: to prevent that arms are “diverted within the buyer country or re-exported under undesirable conditions.” Ukraine is notorious for its weapons ending up in the wrong hands, and pilferage takes place on an industrial scale. “Ukraine is believed to have one of the largest arms trafficking markets in Europe. While it has long been a key link in the global arms trade, its role has only intensified since the beginning of the conflict in eastern Ukraine,” the Organized Crime Index reported.

What has been delivered to the Ukraine over the last decade?

It is first and foremost the United States which is for years embarking on a programme to arm Kyiv. Since 2014 the US has provided assistance to Ukraine in the amount of more than $ 5.4 billion. The US libertarian CATO Institute stated in November last year: “Western leaders are pursuing a reckless strategy that is generating increasingly pointed warnings from Kremlin officials. On two occasions since early April, Russia also has made ominous military deployments near its border with Ukraine. Shortly before the earlier episode, the Biden administration had announced a new $125 million arms sale to Ukraine. Although the transaction was put on hold temporarily in June, $60 million of that package was deliveredduring U.S. secretary of defence Lloyd Austin’s visit to Kyiv in late October.” A footnote in this policy of US military exports, but important on a Dutch** level, is the use of Dutch harbour facilities for ammo exports to Ukraine (text continues under table).