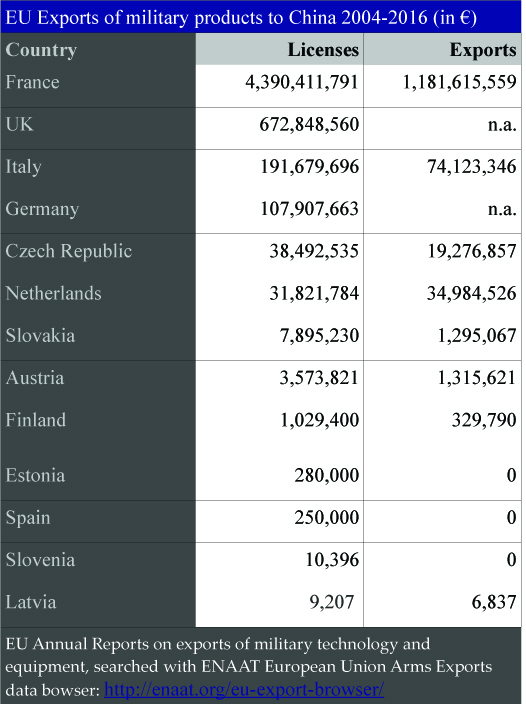 In January 2018 17 percent of Dutch dual-use exports went to China. Is this an issue for arms control activists?

In February Chinese president Xi Jiping aimed for a presidency without end. At the same time it was rumoured that a Chinese fleet sailed into the Indian Ocean as a show of military force towards India. The largest vessels mentioned, so-called 52C destroyers, are capable of firing missiles against planes and ships, torpedo’s against submarines and are fitted with a 100mm cannon. It shows the struggle for influence in Asia and the growing Chinese assertiveness on the international stage.

With a emerging superpower in the Asia the security environment is volatile and nations in the region arm themselves against greater costs than they ever did. Australia has announced a 80 percent increase of it its military expenditures by 2015. India is the major arms buyer on the international market with 13 percent of all global arms imports. The US wants to change the command structure of its air force for use against China. Japan is acquiring 25 extra F-35’s.

If it is an arms race or not is up to debate but it cannot be denied that “total defense spending of ASEAN states doubled over the last 15 years in absolute terms, with countries like Indonesia and Thailand witnessing military expenditure growth rates of 10 percent on a year-by-year basis,” as Asia Sentinel recently stated. On March 5th the Chinese premier Li Keqiang announced to shrink its military forces by 300.000 soldiers but at the same time increases its budget with 8.1% to € 140.7 billion (1.1 trillion Yuan). Thus going more for advanced ’tech’ and hardware.

Chinese weapons are not fully on par with Western weapons. 75 Percent of the capabilities for 50 percent of the price, as experts of the International Institute for Strategic Studies summarised. The gap is bridged at a fast rate. China becomes a superpower and develops a weapon industry to underline that position. And China is exporting its arms as well. Armed drones for example were sold to several countries including Egypt, Nigeria, Pakistan, Saudi Arabia, the UAE and Myanmar.

Since the massacre on the Tiananmen square the European Union has an arms embargo against China. For a long time it was a thorn in the EU-China relations. But now its literally a footnote in an official overview of EU restrictive measures (sanctions) in force. The EU kept the sanctions in place in 2006 after pressure from human rghts campaigner sand from those fearing the Rise of the Middle Kingdom. But what the French Minister of Defence Charles Millon already in 1997 wanted: “cooperation in the technical, technological and infrastructure fields” is reinforced. The embargo should not hamper economic and political cooperation. At present the embargo isn’t a real issue anymore, according to Mathieu Duchatel, deputy director of the Asia and China program at the European Council of Foreign Relations.

China has its own arms industry, building planes, drones satellites, naval vessels etc. A Chinese aircraft carrier with nuclear propulsion may soon be built. The fabric of the world is technologically progressing, also its arms industry. The need has shifted from just military items towards advanced dual use technology for the range of weapons China produces and needed for the development of a new range of arms. According to Duchatel: “What takes precedence today is access to critical technologies to overcome specific bottlenecks, but also to create the conditions for innovation and leadership for the next generations of arms.” This is not only supported by the sales of arms and dual use but also by research cooperation and investment in hi-tech firms. According to You Ji – in his interesting book on the Chinese military transformation – China embarked on the revolutionary route to improve technology after the wars in Iraq (1991) and Kosovo (1999). Relaxed political atmosphere opened the doors to global military science and technology, Ji wrote.

This relaxation showed of in a recent story on Chinese exports of turbine blades for jet enigines from China to Germany. Those blades can be used for fighter aircraft. Exports to a country known for its high-quality products would improve the international image of China’s manufacturing industry. And it may also want products in return: “It can be either hardware or technology. The Germans are very good at the design and engineering of compressors [which send fresh air into the combustion chamber],” said a researcher involved in the negotiations. US restrictions may still obstruct a deal on dual-use technology. Another example: When UK company Dynexs was bought by Zhouzhou for 8 million pounds it also acquired the technology to improve its electric rail gun capacity and electromagnetic catapults for its new aircraft carrier.

Since 2004 the Dutch government publishes individual dual use exports with information on item, end user and value. The average share of China in the value of all dual-use exports used to be below one percent. But it is more significantly present in 2012, 2013 and especially 2018 with 17 percent for January figures (see table 3).

In 2012 and in 2013 Dutch dual use exports mainly consisted of Uraniumhexafluoride (U-235 < 5%, value respectively €80 million and € 200 million) and products for the aircraft industry (both years € 25 million). In 2012 also equipment, software and technology for the protection of information was sold. In 2017 the most expensive exports were on the same IT-items for protection of information (€ 114,8 million). This kind of IT-technology is exported to many countries and according to the Dutch Government meant for service providers in the private sector and “and potential human rights violations are carefully considered.” (q&a 35) One may wonder however how civil Chinese security of communication is.

For the Netherlands the hight figures at the start of 2018 may be an exception, but the Czech Republic reports important dual use exports to China in 2015 (largest number) and 2016 (2nd). Even Norway, with its high standards, reports dual use sales to China in its arms sales report for 2016.

Late February 2018 UN Secretary-General António Guterres noted arms control programs are abandoned and military power glorified, a development the UN wants to counter. Probably East Asia is the region for most concern. For Chinese president Xi at the Communist Party Congres in October it was clear: “technology is the core combat capability.” And imports are the easy way to expand capabilities. The viewpoint of Guterres may give direction, but the road map isn’t laid out by those words. It puts eg. a difficult question on the table: how to limit exports used to strengthen the Chinese military and repressive infrastructure without creating a Cold War atmosphere.

According to Mathieu Duchatel the European arms export control is created from human security perspective rather than an ambition to shape the global strategic balance. A strategic viewpoint on exports of strategic goods should be shaped by arms control and conflict resolution. Not by fanning the ambers of fire by selling to all parties which play a role in the Asian strive for dominance, from the smaller ASEAN countries to such big players as Japan, Australia and India and superpowers US and China as is currently happening. To start with restricting ams and military dual use exports may lead to a more balanced view. But most of all: the policy should not be driven by economic interests. 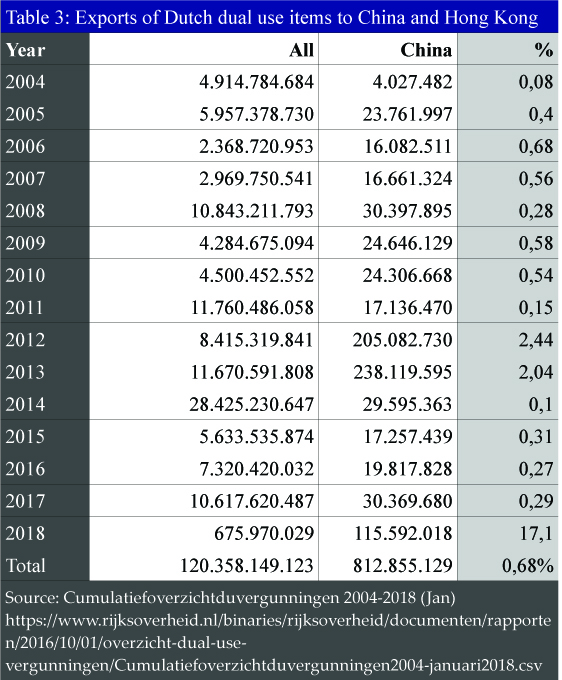 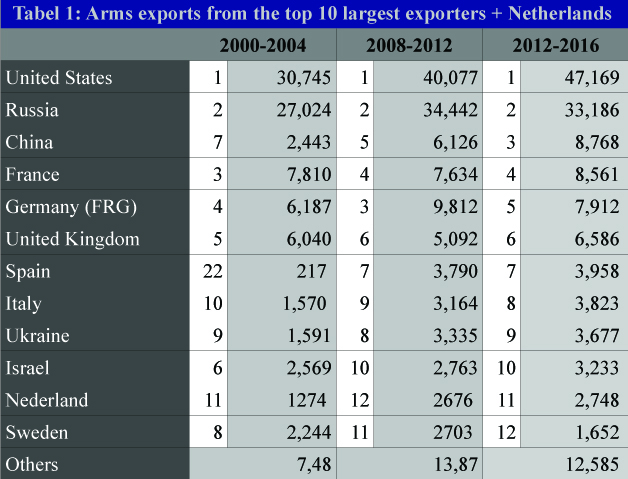