An often heard complaint about the European defence industry is that it is divided and that every country has its own production facilities. An infographic by the European Commission on the lack of Integration in Defence clarified this for land and air systems. The figure shows that the United States has eleven types of fighter aircraft for 2,279 fighters. In the European Union, there are nineteen different types for 1,703 fighters. The message is clear: more cooperation and investment needed. But the given facts are hard to compare with sources. In the Military Balance, the widely-used standard work on militay capacities, neither the number of fighter jet types nor the total number of jets show a relation with the EU infographic. 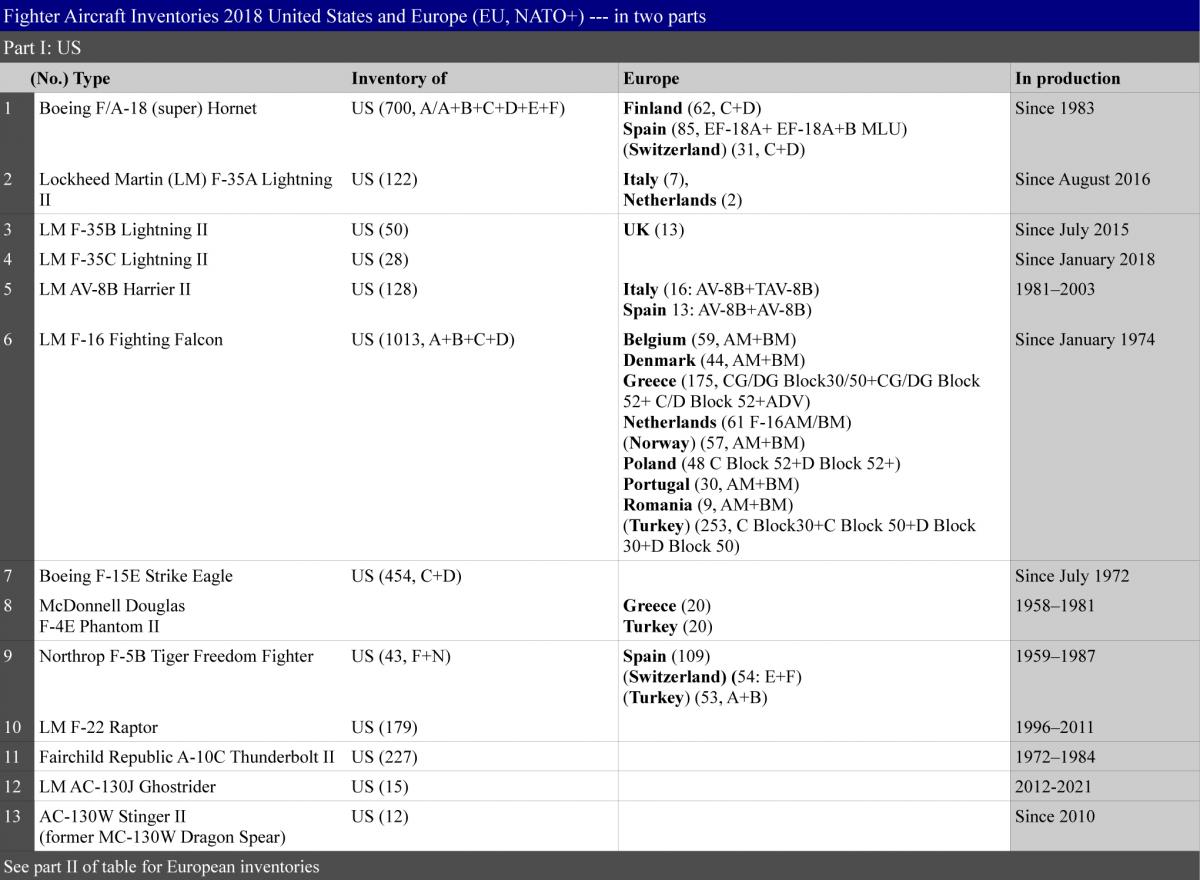 Despite this vagueness the infographic of the European Commission is copied and translated by the Dutch Scientific Council for Government Policy (WRR) in a report on the state of the Dutch security policy, although there seems not much science in this picture, but more a desire for growing investment in defence to be able to follow the US. A sincere concern for the position of the European Aeronautic in European capitals can be doubted, but one may even wonder if this concern is needed.

Firstly the aeronautic industry takes already by far the biggest slice of armament programs. According to the AeroSpace and Defence Industries Association of Europe (ASD), a European lobby group, almost 50 per cent of turnover in 2016, € 45 billion, came from military aeronautics. A share likely to grow because of the fast growing popularity of drones and satellites for overseeing and commanding the battle field. (Naval 23% and land 28% of European defence industrial turnover.)

In the European inventories, there are 10 different fighter aircraft (including 3 Russian types as a legacy of the Cold War period). At the same time many of the war planes flying around in Europe are bought in the US, a fact contrasting strangely to the expressed concern for European aeronautics. European air forces fly 7 types of US combat aircraft, the same number is flown by the US navy alone on a budget 16% below the combined EU-budgets for the armed forces. US fighters are mostly produced by Lockheed Martin, but also Boeing has its share. On the other hand the US is not operating a single one of the ten different European types, except for 24 Czech light subsonic attack jets for military training purposes provided by two civil companies (see table). When European governments would really concerned for EU arms industry they should buy European fighter planes.

The ‘make America great again’ policy is nothing new and many European governments are Uncle Sam’s helping hands for a range of political, military and economic reasons. The F-35 or Joint Strike Fighter is making its debute in many EU countries at the cost of European fighters on offer. After weighting all options the F-35 is said to to have the best quality/price balance. The Dutch air force and Ministry of Economics were already in favour of the F-35 when it was in its early development stages and not tested at all. Reason: keep close links towards the US Air Force (including its nuclear weapons). Complaints on the unequal opportunities in the competition for Airbus, SAAB and Dassault are often voiced by these European companies. Airbus e.g. communicated after Belgium recently has chosen the F-35 as the fighter for its air force, that: “Airbus Defence and Space (…) is aware of the strong links between Belgium and the United States on defence industrial matters. Therefore, yesterday’s decision does not come as a complete surprise.” But “it is a lost opportunity to strengthen European industrial cooperation in times when the EU is called upon to increase its joint defence efforts.”

It is not only the F-35 which is popular. In the Eastern part of the EU, countries choose the F-16. Aviation Week recently concluded that the ‘F-16 market share continues to grow in Europe‘ and mentioned on 2018 alone procurement in Croatia (ex-Israeli) and Slovakia purchasing 14 Block 70/72 F-16s, which will make it the operator of the most advanced F-16s in Europe. But also Greece is upgrading its 80 F-16’s with active, electronically scanned array radars. So far on the concern on the European aeronautic industries in European capitals.

Despite those disadvantages Airbus and Dassault start next year with Europe’s next-generation fighter jet program. The two companies will now jointly draft a common concept for the new Future Combat Air System (FCAS), this includes the fighters design, its weapons and connectivity with other aircraft, including UAVs. The FCAS program is envisioned as a complex system of systems comprising a new-generation fighter aircraft, unmanned combat aircraft, future air-launched missiles, and swarms of small drones, all interconnected with satellites, other aircraft, NATO networks as well as national and allied ground and naval combat systems.

Facts and the fictional ‘we-Europeans-run-foolishly-far-behind’ are hard to separate. But when looking into European fighter programs of the past thirty years it is crystal clear that the European combat planes are exported to Brazil (cooperates with Italian Leonardo), Chile, Egypt, India, Iraq, Israel, Kuwait, Oman, Qatar, South Africa, Saudi Arabia and Thailand. Most of the customers can be found in the Middle East, the proverbial powder keg and the scene of war and gross human rights violations. On the FCAS, debate has already started in the military and civil press on how Germany will implement its arms export policy.

The current most successful combat plane is the Typhoon or European Fighter Aircraft (an German, Spanish, Italian and UK product). It has ten different customers located in Europe and the Middle East and 72 of them have been sold to Saudi Arabia. Problematic for Germany, that has a stricter human rights approach towards arms export than most big EU countries? It was solved by the UK taking the responsibility for the exports to the Middle East. In case of the FCAS Paris will have no problem to play a similar role. 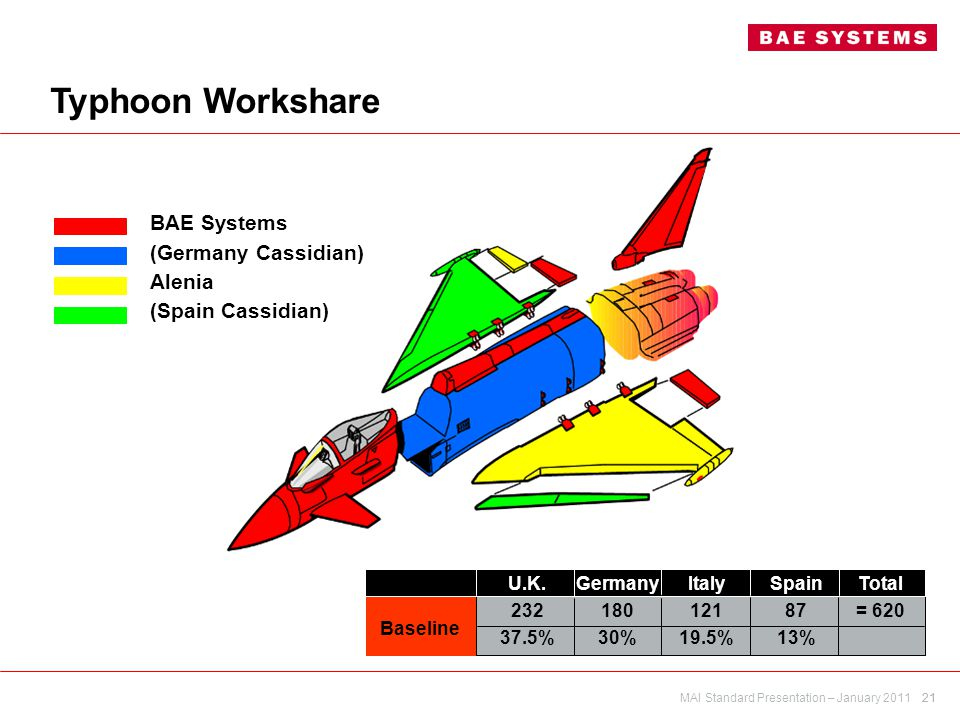