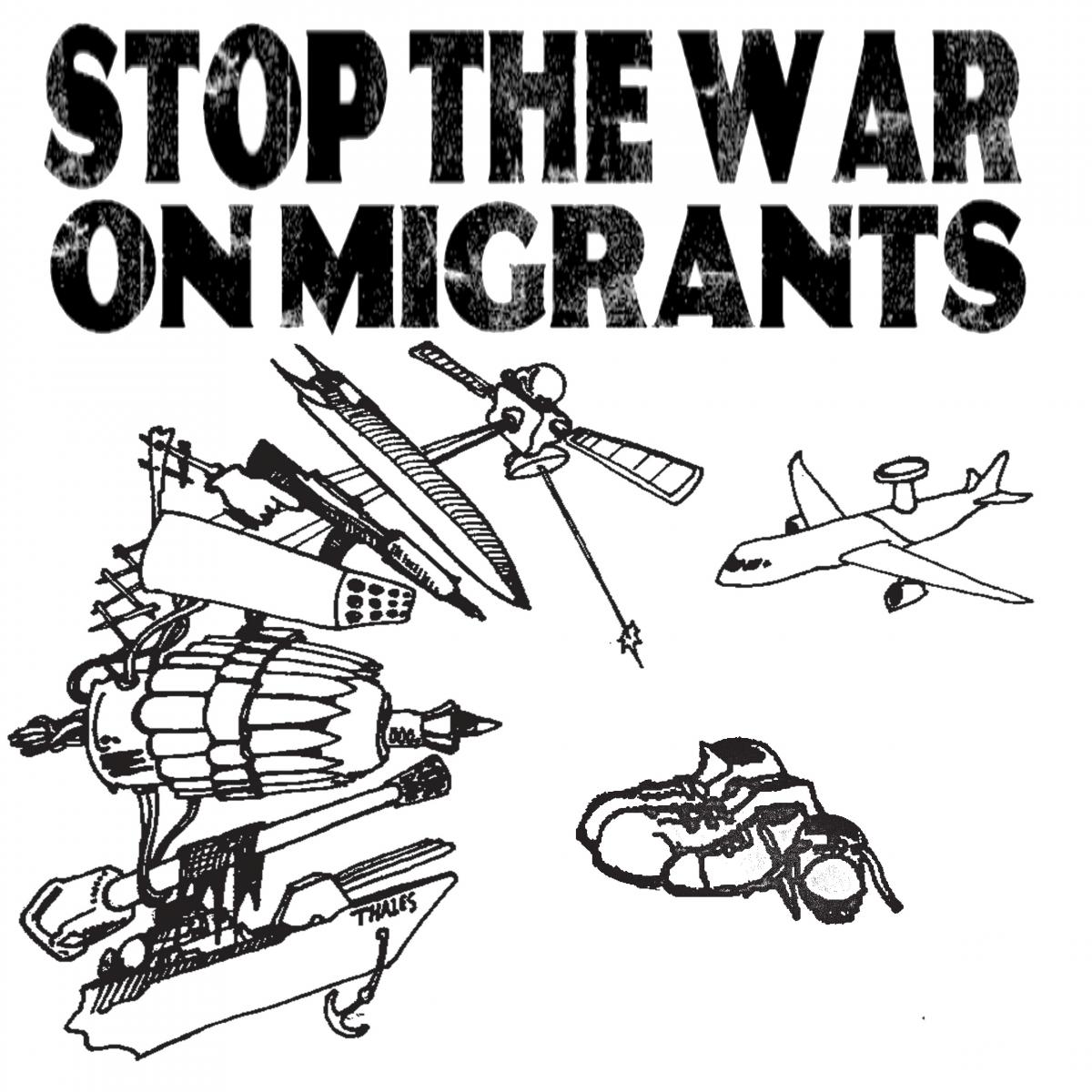 At the beginning of August the EU published two new contract award notices for aerial surveillance services for Frontex, worth €84.5 million. Some of the companies that were contracted have already been performing surveillance flights in the Mediterranean and elsewhere for Frontex for years now. With this they contribute to the system of increasingly militarised borders, which results in pushbacks and violence against people on the move.

Frontex charters the planes from private companies for its ‘Frontex Aerial Surveillance Service’ (FASS – a part of its Multipurpose Aerial Surveillance) to support its own operations and, upon request, member states’ border security authorities. The companies need to provide real time data to Frontex and feed this into the EUROSUR surveillance system.

Since 2017 the planes have been used in the Central Mediterranean Sea, the Western Balkans, the Aegean Sea, the Black Sea, Slovakia, Poland, Portugal and Denmark. This has included flights in the airspaces of Algeria, Libya and Tunesia. In 2020 they were deployed to Croatia, Cyprus, Hungary, Italy, Malta, Poland and Romania, as well as used in several Frontex joint operations. They flew over 4700 hours in more than 1000 operational missions. For this year at least the same amounts are expected, under the former and the current contracts. After an earlier trial, this surveillance service will from this year on also be supplemented with the use of drones, under a €50 million framework contract with arms companies Airbus, Elbit and Israel Aerospace Industries.

While the companies involved in FASS are known through the tender publications, the European Commission wants to keep it a secret which planes are actually used. Moreover, sometimes the companies switch off the transponders for real-time position display during operations, for “tactical reasons”, to avoid “disclos[ing] sensitive operational information and thus undermin[ing] the operational objectives.”

As researcher Matthias Monroy noted, “the existing concealment of the operations only allows the conclusion that Frontex does not want to be controlled when the deployed aircraft watch refugees drown and Italy and Malta, as neighbouring EU member states, do not provide any assistance.”

The alternative for this seems to be being pulled back to Libya, with the Commission acknowledging that for example information on migrant boats spotted by the planes in the Central Mediterranean is shared with the Libyan Coast Guard.

For both DEA and EASP this was the third contract for surveillance services for Frontex since 2015. That year they were two of several companies selected by the agency for a €10 million contract, followed by a new €14.5 million contract in December 2017. In February 2019, this contract was extended for another four years, with DEA and EASP receiving €28 million, together with CAE Aviation (Luxembourg).

EASP also provides surveillance services to the UK Border Force. In the autumn of 2020 it started a started a test- and training flight programme with a new PA31 PANTHER Maritime Patrol Aircraft from Den Helder Airport, in cooperation with 2Excel Aviation and Scotty Group. This plane, which was intended specificially for use in Frontex operations, is equipped with FlyingFish satellite telephone detection and monitoring equipment.

2Excel Aviation, which was started by two former RAF pilots, also provides the UK Maritime and Coastguard Agency with surveillance and search and rescue services with two customised King Air B-200 crewed fixed wing aircraft. According to Drone Wars UK these services include border patrol capability on behalf of the UK Border Force.

In October 2011 Scotty Group was amongst the companies that were paid €30,000 each to demonstrate their optionally-piloted aircraft to Frontex in Aktio in Greece, where it was the only participating aircraft flown by a pilot. A trial with the Scotty aircraft, which was to take place on the Greek-Turkish border in the summer of 2013, was cancelled when the company failed to obtain a flight license from the Greek government.

ISR Support is a joint venture of Dutch company JetSupport and Canadian Provincial Aerospace Limited (PAL Aerospace). Last year the Netherlands Coastguard contracted ISR Support for the delivery of two Dash-8 airplanes, including maintenance for the next ten years. The company will also provide the pilots for these planes, of which one is also available for Frontex missions. Airplanes from the Netherlands Coastguard regularly participate in Frontex operations.

It is clear that the private companies flying the planes for FASS are involved in some of Frontex’s and EU member states’ very controversial and illegal work, including pushbacks, pullbacks, violent interceptions and leaving people on the move to drown. As the European Parliament failed in its investigations into the allegations against Frontex, it looks like the agency and the hired companies get free rein to continue and expand their deadly practices, as always at the expense of the lives, wellebing, safety and liveable futures of people on the move.