“We were waiting for the call to shoot,” an elderly man told me prior to a meeting on the acquisition of new Dutch submarines (Feb 15, 2016). In 1962 he had been embarked on a submarine when the Indonesians transported troops by sea to Papua New Guinea, at that time the last but contested Dutch colony in Asia. The call did not come and thousands of Indonesian troops entered Papua to throw out the colonizer – and become the new colonizer.

The old man told more exciting stories. Sailing near – making close-up pictures – or even just under Russian vessels during the Cold War. They also entered a US carrier battle group – a group of naval vessels organised around an aircraft carrier – without being noticed. Recently the Dutch website marineschepen.nl published a similar story. In 1999 Dutch Walrus submarine was able in an exercise to virtually sink the aircraft carrier USS Theodore Roosevelt plus 8 escorting vessels. It shows the power and danger of submarines.

The meeting on the Dutch submarine acquisition, organised in The Hague by the Officers Associations (GOV) and the Dutch Atlantic Commission, can bee seen as the start of a public campaign for higher military expenditures to be able to buy new submarines. The attendants at the meeting unanimously agreed that without a budget increase this will be impossible. But for what reason should the Dutch need those expensive invisible boats? How will they find their way on the worldwide, supply-driven market for submarines? Former Secretary of Defence Wim van Eekelen, sitting on the front row, asked how the costs would be kept under control. He had bad memories about his own time in government when costs of a similar project had run out of hand. The Walrus scandal is one of the more well known Dutch political affairs. “We will fence the costs and the general accounting office is already involved,” reassured speaker Commander Niels Woudstra of the Dutch military academia.

The meeting in The Hague was a warming-up for the Parliamentary debates beginning in March 2016 – with a round table, technical briefing and the official start of the acquisition process. The military staff already seems to have made up its mind; research investments in the new boats started years ago. At the Ministry of Defence a staff engineer has been silently working on the development of the new ships. Before now, the MoD had not want the plans for the subs to make headlines while the defence budget was being cut. Engineer Van den Broek-de Bruijn can finally present her work in public. In June 2016, she will speak in Lillestrøm, Norway at the Underwater Defence Technology (UDT) fair on Submarine Performance and Requirement Evaluation Method. After working on her own for many years she is now part of a whole team preparing the acquisition process. Only a nod by the Parliament is needed to get the process in motion.

For years, the Dutch military staff has been preparing the acquisition of new submarines, amidst decreasing defence spendings. Now the time seems to be ripe and the plan has been presented at a meeting in The Hague. During the meeting it became clear what the Ministry of Defence wants. A medium submarine, something between a big nuclear one and the smaller ones used in the littorals for home defence. A submarine which can operate efficiently in the salt water of the Red Sea and the sweeter seawater of the Baltic Sea (both with its own upward pressure, which has big effects on weight needed to submerge and thus the size to trim the submarine) and in deep water and shallow littorals. It must be expeditionary, which means that it can operate robustly in all fields of the spectrum of violence, independent if necessary after it has left the harbour.

Weaponization must be divers and flexible. The current class of Dutch submarines has a torpedo to sink a big ship – last example of big a ship sinking is Argentine cruiser General Belgrano during the Malvina’s/Falkland conflict, 1982, with the deaths of 323 Argentine crewmen – but has no weapons for smaller opponents nor for anti-air warfare. The submarines must be future-proof for thirty years; be more silent than the present Walrus-class, able to take more Special Forces (SOF) on board including their equipment; have capabilities for different forms of intelligence gathering, have an air independent propulsion (AIP) system, and large network centric capabilities for communication and coordination. And they must be able to operate with drones; an armed underwater branch of unmanned vehicles (UUV’s) is looming over the horizon. This last development makes a future-proof submarine a major challenge. Many of the tasks – intelligence gathering, even shoot to sink operations, find other submarines – will be done in the future by even more silent UUV’s with longer endurance capabilities to submerge.

Bigger and more capable, means more expensive, but also raises the question who will built the boats. The big Dutch submarines wharfs are gone, but the Netherlands still has submarine export activities. Every year, a number of arms export licenses are granted for equipment to upgrade or overhaul the Taiwanese submarines, ordered by Tapei at Wilton Feijnoord late 1980 (See table 2010-2014). The technology know-how is still in the country; in the MoD, and in ship-design bureaus Nevesbu and Marin. But the ships will will have to be built elsewhere. Considering the special wishes of the Dutch navy, only few of the international wharfs will be able to build it. 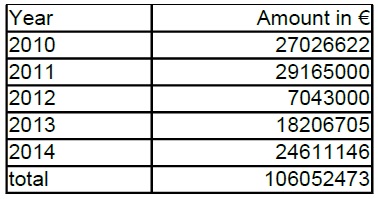 “It will be the Germans.” my neighbour in the meeting murmurs. But although German HDW/Thyssen wharfs might have a lot of experience, they have only build smaller ships so far. In fact there are only two obvious parties with the required experience, Kockums from Sweden and the Australian Submarine Corp. Together they were the major parties which build the Collins class submarines, based on a Kockums (471) design. In early 2015, the most prominent Dutch conglomerate of ship wharfs Damen preluded on the Dutch acquisition by joining forces with Saab Kockums. Commander Woudstra of the Dutch navy said clearly in The Hague: “We do not know yet where we will buy them. But we will involve the Golden Triangle and international partners, such as Norway and Canada.” Involving the Golden Triangle means the ministry, the defence industry and the knowledge and research institutes, and in fact says that he will try to give the Dutch naval industry part of the job.

Competition on the market for submarines is severe. Asia is potentially the most interesting regions looking for extension of its fleet. “Estimates put the number of modern diesel-electric submarines operating in the Pacific at upwards of 130 by 2020,” states retired naval officer Krokel (Naval Institute Proceedings, February 2016). When the Netherlands – with a third party like Kockums – will enter this competition, it will contribute to the push factors on this market and make it even more supply driven. When you start to invest in the development of a new weapon system, exports can already be anticipated. You cannot blame the shipbuilders for wanting to gain from investments. Damen shipyard wants “to explore future opportunities in the international submarine market,” and ”in addition to this [potential Walrus-class submarine replacement programme] project, Saab and Damen will also explore ways in which they might bid jointly on other submarine procurement programmes.”

While being build, the vessels will already become partly outdated by the UUV revolution. For some tasks however big ships will continue to be indispensable, like for SOF-transport in/out areas where secret operation is desired, or for on the spot translation and analysis of gathered intelligence. (Dutch submarines were used the past decades for intelligence gathering on three continents.) To keep those special ‘niches’ for the Dutch forces, the defence budget will have to grow. And that will make the Netherlands again a party on the international market for submarines. But however sensational the stories of the military planners are, the acquisition must be regarded on a cost and profit level. The Dutch parliament should consider twice if this very expensive acquisition suites the Netherlands and – first and foremost – if it does contribute to a more secure world. 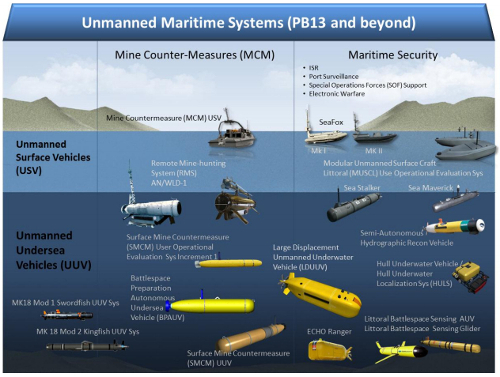