ITEC is one on the many arms fairs organized in the world. This year ITEC planned to have its meeting in the RAI, Amsterdam from 26 tot 28 April. ITEC focuses on a special part of the defence industry: simulation equipment. Simulators are used for education, training, exercise, development of new tactics and strategies and search for weaknesses in military operations. Simulation equipment is used to exercise the use of a specific weapon system (running from handguns to nuclear missiles) or a wide range of integrated weapons and C4ISR systems (Command, Control, Communications, Computers, Intelligence, Surveillance and Reconnaissance), to exercise complete war operations.

Simulation is widely used in the military to train personnel and commanders develop new tactics using it. It is booming business. The British secretary for Defence Geoffry Hoon stated: “Training is crucial to the continuing operational succes of our Armed Forces (…) Individual traning and education currently consumes some £ 4.2 billion in resource terms each year. It is essential therefor that we both deliver this training as cost-effectively as possible and ensure that it meets the needs of modern, battle winning forces.” (ITEC programme booklet, January 2005, p. 2)

Among the companies present at ITEC are seven which are among the ten biggest weapon manufacturers in the world: Lockheed Martin (1), Boeing (2), BAE Systems (4), Raytheon (5), Thales (7) and EADS (8), Finmechanica (AMS) (9). This does not mean ITEC is limited to the giants in the world of arms production. Also smaller companies attend. Van Halteren Metaal from Bunschoten the Netherlands, employing “almost 100 motivated people” is an example of a smaller sized company present.

Over 2,700 attendees visited ITEC 2004. ITEC issued a survey into the reason why: “73% of visitors to ITEC came to source new products and technology.” As such ITEC is the showcase it wants to be: “ITEC attendees visit to source and buy new training products and technology, identify new industry trends and network with defence industry and training military experts”. The programme booklet of ITEC is citing the slaes and marketing manager of 3D Perception: “on the first day of ITEC 2004 we received three orders.”(ITEC booklet, Jan. 2005, p. 10) ITEC is a market place where military simulation is sold and bought. Most of those visitors and employees of companies came from NATO/EU countries, but 13% of the visitors can from other countries included: Bangladesh; Hong Kong; India; Israel; Jordan; Pakistan; China; Saudi Arabia; Singapore; Turkey; and the Ukraine. In total delegations from 53 different countries visited ITEC 2004 (20 of them are not even mentioned on the ITEC website).

Small arms exports are a major concern in the Netherlands. However FATS Inc. “the global leader in providing small and supporting arms training through simulation,” is present at ITEC and is selling its products worldwide, from Singapore, to the Middle East, to Venezuela.

ITEC is also a networking occasion for the defence industry. Barco from Belgium – selling components to other defence companies – delivered its specialised projection equipment to FATS: “The Barco iQ G350 projector will be an important part of FATS’ virtual small arms, indirect fire, and close-air-support systems that will be integrated into Lockheed Martin’s new Virtual Combat Convoy Trainers (VCCTs).” Three companies present at ITEC are involved in this project. It is for this reason that Michel Vanderplas, president of Barco Presentation and Training proudly states: “For Barco, ITEC 2004 was an unique occasion to partner with leading companies in the simulation community.” (ITEC booklet, Jan 2005)
The US Army will use the VCCTs to better prepare its soldiers against rocket-propelled grenade and improvised explosive devices being used against US convoys in Iraq. VCCTs consist of full-scale Humvee models with high-fidelity driver control and realistic weapons, indirect fire, and other command-and-control systems. It can integrate multiple virtual vehicles and other threats a land convoy is likely to encounter.” Those skills can be used defensively, but also offensively by the US-occupation forces.

Excuse the language: “Used for close-air fire support, resuply operations in hostile areas and personnel recovery, the AH/MH-6 is one tough bird. The AH-6 attack variant is capable of firing 2,000 rounds per minute from each of its two 7.62 mini guns and can be outfitted with two seven-shot 2.75 rocket pods, .50-caliber machine guns, MK19 40mm grenade launchers or Hellfire missiles. The MH-6 is modified with side seats above the sleds to carry six combat troops and their equipment. It is the primary vehicle for the 160th [Special Operations Aviation Regiment] to perform stealth infiltrations, extractions and assaults” The 160th regiment is deployed around the world for the worst sort of military operations during which this kind of gunships play a devastaing role.

A simulator to train to fly and shoot with this heavenly armed helicopter is made by CAE, present at ITEC.
The Hellfire – what’s in a name – missile is one of the weapons who made breaking news in war operations of the past four years. The missile is widely used by the Israeli armed forces for targeted killings and used by the US in Afghanistan, Yemen, and Iraq. The missile was fired at persons leaving a mosque, at a man collecting litter at a cabbage heap, and at suspected terrorists in the desert of Yemen for an extra juridical killing. Boeing offers a simulator to exercise this weapon aboard of its Apache attack helicopters.

As ITEC starts at April 26 (April 26 1996 is the date of the Chernobyl disaster) is worth also to point out CAE is said to be market leader in simulation for nuclear power stations. In 2001 CAE exported some of these to China.

F-16 simulators are produced by several of the companies present at ITEC. To mention some: The National Aerospace Laboratory (NLR) the Netherlands has the GFORCE: “The cockpit is also connected to a variety of desktop simulators, so the opponent can take part in the dogfight and can be outfitted with an F-16 cockpit, and a JSF cockpit is under development.”
Lockheed Martin Simulation will provide training to Israeli fighter pilots on the F-16. A contract signed last year. L3 provides F-16 simulators to US and ‘foreign militaries worldwide.’ All three companies are present at ITEC 2005. 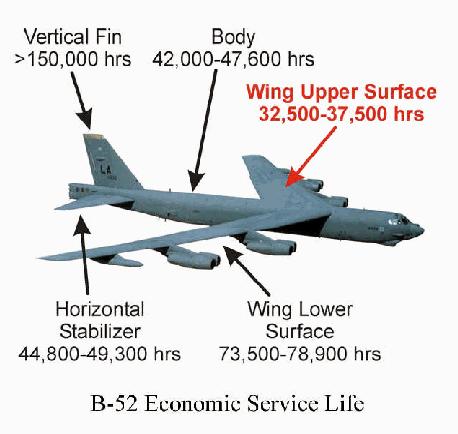 SEOS supplys display systems for – among many other simulation systems – B-52 simulators. “The B-52 is a long-range, heavy bomber that can perform a variety of missions. The bomber is capable of flying at high subsonic speeds at altitudes up to 50,000 ft. It can carry nuclear or precision guided conventional ordnance with worldwide precision navigation capability. Two of the simulation systems will be installed at Barksdale AFB, Louisiana and the other at Minot AFB, North Dakota during 2006 and 2007.” At ITEC US made simulation to exercise nucleair attacks will not be for sale, but the companies present develop and produce those systems for use by the US armed forces. 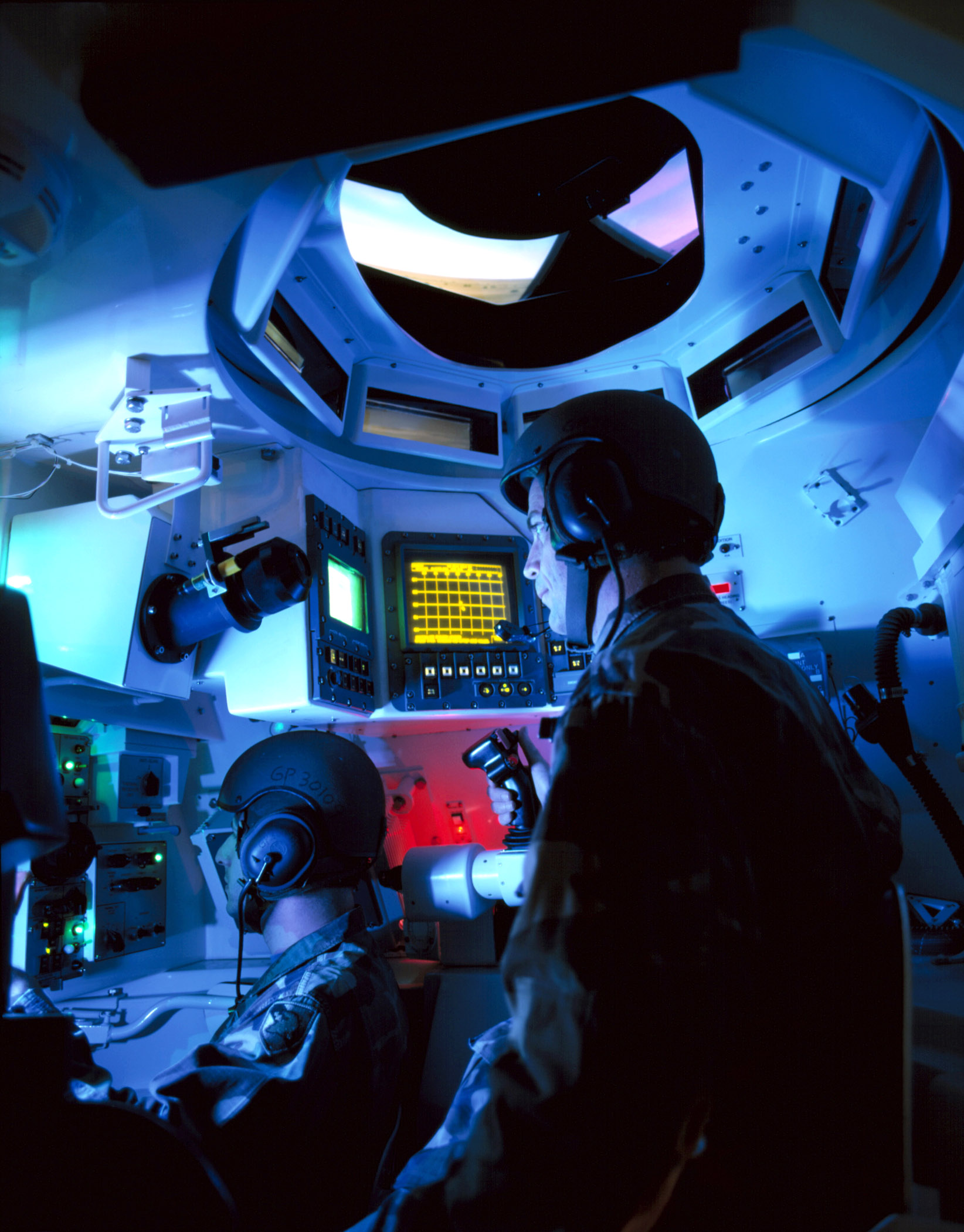 The same is the case for the next simulator network. The Lockheed Martin developed the Air Force Distributed Mission Operations Center (DMOC) consists of almost all weapon technology, e.g. a F-16 simulator is connected to the system. Separate parts may be on sale, the whole integrated system is for US handling only. DMOC is not meant to exercise weapon systems only, it is developed to exercise a whole war.
Military personnel can choose between 9 different war scenarios and all existing weapons can be used. Numerous systems are linked to simulate war scenarios. The operations have no ethical or geografical limits; the full spectrum can be covered, military language for operations in air space, on land, at sea and in space. Not surprisingly the Missile Defence (formerly known as Star Wars) can also be exercised. DMOC states: “Where the war fighter has needs, DMOC works the answers with the attitude and experience to get the job done right the first time.” Submarine crews are trained by simulation as well. A few years ago it was reported by NRC-Handelsblad (July 12, 2003) that Siemens Nederland (not yet in the exhibitors list of ITEC 2005) delivered an EMCS-simulator for Israeli submarines, installed at Haifa naval base. The EMCS simulates all valves and movable parts of the submarine, according to a spokesman of Siemens. The submarine is planned to be equipped by nuclear missiles.

Van Halteren Metaal B.V. has supplied or is in the process of supplying Howitzer Crew Trainers to a number of Armies. ““We continue to be at the forefront of Howitzer Crew Trainer technology.” The most remarkable is the deliverance of the M-109 howitzer simulator to Israel. The howitzer itself was used a few months before to bomb a UNIFIL-refugee camp in Northern Lebanon. 102 people died in the attack. It was not an accident, but on purpose to create more fear among the population, according secretary of Defence Ori Orr. (See Explosieve Materie, p. 213-214)

For almost all military tactics simulation exists and almost all those applications are on sale at ITEC. The list above is only made to give an impression, not as an extensive overview.

This factsheet is written for ‘ITEC Vertrek!’ (ITEC Go!)