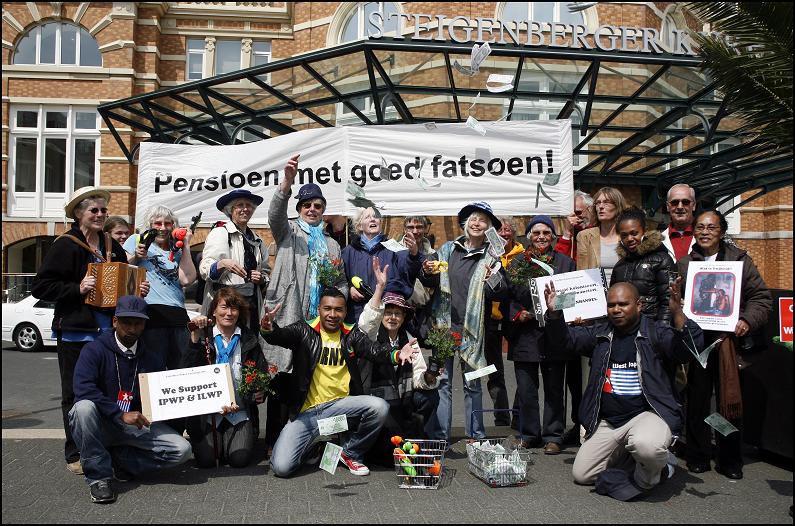 Over the last two years the Campagne tegen Wapenhandel (the Dutch Campaign Against Arms Trade) has been campaigning against the investments of pension funds in the arms industry. Dutch pension funds are very big investors: together they have 800 milliard Euro to invest. Part of this money goes into arms production. For example in the production of Hellfire missiles by Boeing and Lockheed Martin, in development of new nuclear weapons by Lockheed Martin and BAe, and also in cluster munition.

The Campagne tegen Wapenhandel has developed a research-based online database. Every individual with money in a pension fund can search for his or her fund and check its military investments. The database gives information about what is produced and to whom it is sold, and also about developments in ethic investment policies in the different pension funds.

A petition is started to ask pension funds to disinvest in landmines, cluster munition and nuclear weapons, and also in industries that have more than 5% arms production. Recently we visited the Annual Meeting of the branch organisation of pension funds to ask them to put the issue of military investments on their agenda. We were accompanied by the Dutch Raging Grannies Choir which had composed several new songs for the occasion.

To check the online database (in Dutch, but it gives the impression) see pensioenwijzer