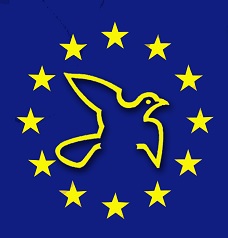 The European Union is the second largest arms exporter in the world after the US. But although EU member states have agreed on a legally binding Common Position for the Export of Military Goods and Technology, in which the UN Arms Trade Treaty (ATT) is integrated, European weapons are still being sold to countries involved in war or armed conflict or violating human rights. What can we do? Position paper EU export control

The European Union is the second largest arms exporter in the world after the US. To control these exports, EU member states have formulated a Common Position for the Export of Military Goods and Technology (hereafter referred to as “Common Position”). It requires member states to implement a licensing system for arms exports and ethical standards with eight criteria against which license applications must be assessed. The country of destination has to be assessed on its attitude towards human rights, peace, international security and stability. Licenses are to be issued by the national authorities of the member states.

But although EU member states have agreed on this legally binding common position, in which the UN Arms Trade Treaty (ATT) is integrated, European weapons are still being sold to countries involved in war or armed conflict or violating human rights.

What can we do?

Exports of arms to Saudi Arabia and the United Arab Emirates are extreme violations of the common position, as these countries bomb schools and hospitals in Yemen. This is so evidently contrary to any sort of ethical arms export policy that peace groups in a number of countries are trying to sue their government in an attempt to stop these exports. However, it has become clear by now that the common position is so full of undefined terms that it is difficult, if not impossible, to use it as the basis of any litigation. This vagueness is often overlooked, since articles and government documents tend to quote only a summarized version of the – in themselves clear – eight criteria. The trick of the common position lies in the sub-articles to the criteria, which are full of legally useless adjectives such as ‘clear’ risk or ‘serious’ human rights violations. No judge will dare to decide whether a violation of human rights is ‘serious’ or whether the risk of arms abuse is ‘clear’. These are political assessments, not legally defined terms.

Can we improve the common position?

But because it is obvious that much goes wrong with European arms export, other proposals are developed to improve the policy. Notably to move the permit procedure from the national to the European administration. In the Netherlands for example by liberal and social-democratic parties D66 and PvdA and also by several Green parties in Europe. More recently by the (business-sponsored) Centre for European Reform and in the European Parliament, like in a January 2020 resolution on the implementation of the common foreign and security policy.

The exact content of the proposals vary. Among others, it is proposed that the European External Action Service (EEAS – the ‘Foreign Affairs’ department of the EU) or the European Parliament should supervise the licensing process. Or a committee of EU technocrats. It is also proposed to give the EU sanctioning power over countries violating the common position. All of this should ‘harmonize’ European arms export policy, apparently under the assumption that the most strictly controlling countries will become the norm. While it is as likely that the least strict controllers will set the norm. Because there has to be unanimity on policy and the less strict countries will never agree on a stricter norm. So if harmonization is the ultimate goal, we will end up with a weaker system.

What the proposals have in common is that they ignore the reason why the common position fails .

According to its preamble, the common position is deemed to “prevent the export of military technology and equipment that can be used for internal repression or international aggression or can contribute to regional instability”. At the same time, the common position should “strengthen a European technological and industrial defence base to contribute to a common foreign and security policy, in particular the common European security and defence policy.” The common position fails because the second goal is considered more important than the first. Especially in an EU where security is increasingly dominated by a military approach and where lobbyists from the arms industry submit proposals for policy documents from the European Commission.

Parties wanting to improve the common position by bringing the licensing procedure from member state level to European level wrongly assume that the common position does not work because national governments are breaking the rules, or because there are no sanctions for violation of the rules. But in fact the rules are so vague and flexible they can hardly be broken.

Removing the procedure from national authorities will lead to a less transparent process and less opportunity for civil society organizations to influence policy. In many member states, arms exports are a returning topic of parliamentary debate, often as a result of pressure from civil society organisations and of media exposure. This parliamentary role is recently extended when major arms exporter Germany moved its arms export policy debate from the secret Bundessicherheitsrat to the public Bundestag. Bringing arms export licenses under Brussels control will weaken democratic opportunities where citizens can challenge commercial and military interests. It would be good when the European Parliament would pay more attention to arms exports, but given its weak democratic position, this should not go at the expense of national debates. Although some national governments would prefer this. Arguing that policy is already controlled at EU level, national parliaments can be ignored by governments wanting to export arms.

Not that all countries have active parliaments on this issue. In some countries, such as France or the Czech Republic, the national parliament is hardly involved in controlling arms exports. These countries should be helped to convince their parliaments to take on this role, instead of fully transferring this role to ‘Brussels’.

It is unlikely that EEAS control of the export licensing procedure will bring a country such as France to a stricter interpretation of the EU’s common arms export policy. That is not how the EU works. Especially for large member states, the EU is always willing to overlook its own rules. Remember for example how France can disregard the EU rule of a budget deficit maximum of 3% GDP.6

The idea of a committee of EEAS technocrats that oversees arms exports will mean the end of ethical and transparent arms export policy. It is very likely that the ‘experts’ will come from the arms industry and the military, and that the commission will be secret. As is now the case with the advisory committee and the ethical assessment that the Commission – as a result of peace group critique – has added to the European Defence Fund. The right to control spendings of the European Defence Fund has been taken from the European Parliament as well. There is no sign of democratization and openness in the field of arms trade and the arms industry in Brussels – quite the contrary.

For the arms industry, the common position is of value as it can prevent undercutting: when one country refuses an export license for a specific weapon for a specific destination, other countries are supposed not to take over the deal. Uncontrollable and not transparent European supervision of this would not be bad for the industry. It would at least partially rid them from embarrassing public discussions about their lack of socially responsible export policies. It is therefore likely that the lobby of the arms industry – which has a major impact on EU policies – will favour control at EU level, provided that this does not entail additional bureaucratic hassle.

While peace and human rights organizations keep staring at the common position, the whole idea of arms export control is under threat from the EU’s ambition to become a military power. The introduction of a Commissioner of Defence Industry and Space (space being primarily a military sector) is illustrative. The EU is directing public financial resources towards the private military industry nearly without conditions, amongst others by the European Defence Fund7 with the explicit purpose to strengthen the competitive position of EU arms industry in the international arms market. At the same time, export rules are slowly but surely gnawed away.

Much control the over export of arms components has been lifted to facilitate inter-European cooperation between arms companies. The European Commission has created the possibility for global or general licenses for cooperating companies and joint projects, such as the F-35. Where components will end after assembly is no longer controlled by the country that produces them.

The Treaty of Aachen between the two large EU arms exporters Germany (with a strict arms export policy) and France (with little restriction on arms export) is a new step undermining export control. It is agreed that Germany will not block exports of common armaments in the future if they contain less than 20% of German components.8 This paves the way for exports via France to countries such as Turkey or Saudi Arabia where Germany follows a restrained policy. It is possible that more EU countries will start looking for such bilateral ways to circumvent strict policies. From the perspective of the ambition for a strong European technological and industrial defence base, an ethical based common position on arms exports is only considered a hindrance. Nathalie Loiseau, head of the European Parliament’s defence committee claims that: “without exporting arms there will not be a European defence industry.” The major reason however that there is no independent European defence industry is that in the end, armed forces prefer American equipment, as can be seen in fighter jet acquisition over the past few years. With three different types of European fighter jets on the market (Eurofighter, Rafale and Gripen), European forces massively choose the way too expensive F-35. As a consequence, the pressure on the producers of these jet planes to export to earn back research costs is massive.

If the EU develops an arms industry policy, this should be directed at limiting arms export, not at undermining export control.