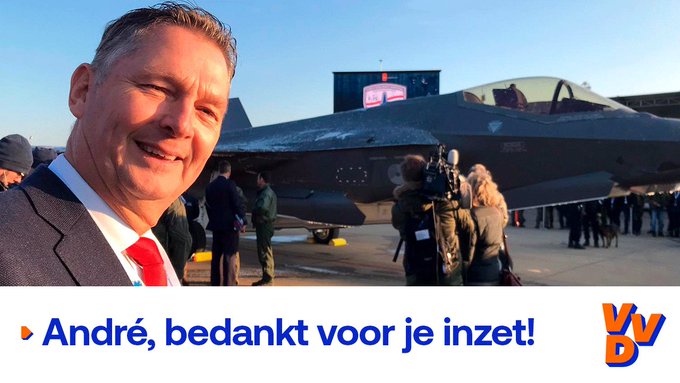 In their aspirations towards a European arms industry, Germany and France want to cooperate more in arms production and invent new rules. As a consequence, the humanitarian position of Germany is on a slippery slope. And so are the arms export policies of other European countries.

Late 2019, the European Round Table, a lobby association that includes the leaders of large European defence industries, had a special meeting in Toulouse, France. They were joined by Angela Merkel and Francois Macron. Topic on the agenda was “a more ambitious European industrial and innovation policy.”

Earlier that year the German Chancellor and the French President had presented the Treaty of Aachen, to confirm continued defence friendship although France wanted to export jointly produced military goods to Saudi Arabia while Germany has an arms embargo to the Saudi kingdom. Supported by the presence of top European military industry leaders, Merkel and Macron solved their differences in the Toulouse declaration on arms export control. This declaration smoothens defence industrial cooperation between France and Germany on the Future Air Combat System (FCAS or Next Generation Weapon System, NGWS) and the European Main Battle Tank (EMBT or Main Ground Combat System, MGCS), two of the major European weapon development programs. The declaration includes a two page long annex listing weapon systems not covered by it. Which are small arms, artillery, ammunition, projectiles and air frames and engines for military planes, tank turrets and chassis.

Key element of ‘Toulouse’ is information exchange in the early stages of a project, to prevent disagreement in a later stage. In general arms export is regulated by the EU Common Position (2008/944/CFSP) and the UN Arms Trade Treaty (ATT). The major change is that when problems arise about interpretation of the arms control regulations, it is defined in ‘Toulouse’ that a so-called de-minimis declaration is leading. Meaning that when subsystems and components making up less than 20 per cent of the weapon system the supplying countries of the subsystems follows the decisions of the country of final assemblage (a simililar de-minimis is followed in case of repair, education, and overhaul). A specific export can be stopped when the national security of France or Germany is at stake.

Just before the Dutch elections, parliamentarians Van Helvert of the Christian Democrats (CDA) and Bosman of the Liberal Party (VVD) used the outcome of the Toulouse high-level lobby event to propose a nearly full demolition of Dutch arms export control. They wrote a memorandum on Dutch arms export policy claiming that export control is undermining the Dutch military industry, due to a too strict and capricious interpretation of the European Common Position on Arms Export. According to the Dutch center right parliamentarians the Netherlands is boyscout among grownups in arms exporting EU. Some EU countries are strict when applying arms export control, others are flexible. Van Helvert and Bosman categorize Germany, Sweden and Switzerland in one group with the Netherlands as countries applying strict implementation. France is the proverbial black kettle on arms exports, hardly restricting it at all. According to the Dutch parliamentarians, a strict arms export control which limits deals with conflict regions and human rights violators is a failing arms industry policy.
According to the parliamentarians, the military industry is important for the Netherlands, contributing 0.7 per cent of GDP and tens of thousands of jobs, but also giving direct access to weapon systems, the potential to co-develop (providing possibility to include Dutch military requirements). A strong Dutch military industrial base strengthens the European Union, according to the parliamentarians. With so much patriotism one can wonder why CDA and VVD were backing the acquisition of almost all Royal Dutch Air Force assets in the US. Buying Apache attack helicopters, F-35 fighter aircraft, C-130 transport planes, Chinook heli’s, and Patriot missiles is contributing to American not to European arms industrial base. Not only in the air, but also at sea the US has a strong influence; naval projectiles for Dutch naval vessels are mainly bought on the other side of the Atlantic. Support for European production seem to be used just as an occasional argument.

That the US is absent in the memorandum is remarkable, because the US is the largest importer of Dutch components for decades and only seldom there have been obstacles with those deliveries. Dutch politicians assume that allies do their own arms export controls and thus final destinations for components are not controlled for Dutch exports to the US, Germany, and other EU/NATO+ countries (except Turkey). Apparently the problem is not the export of components. The problem for the military industry and their mouthpieces in parliament is bigger subsystems for major weapon systems which have to be reported to Parliament when exported. Hardly ever a case for discussion and controversy, but in the case of Saudi Arabia it is.

Since the US elections the ‘soft’ Dutch policy on arms export to Saudi Arabia is in line with the US position. Amazing how quickly foreign policy can change. In its first month at the center stage Biden mirrored the policy of his predecessors Obama and Trump, both supporting Saudi Arabia. Now the US seems to adapt a more human rights focused arms export policy.

The proposals of the Dutch politicians might be copied by arms trade proponents in other countries so a close look is necessary. The Dutch politicians propose in their memo that for European Defence Fund (EDF) financed projects a general license should be granted even before a weapon systems is developed. This should prevent that Dutch companies are left out because potential partners fear the Dutch government might not grant an export license in the end. (p. 11) In EDF funded programs several Dutch companies like TNO and Damen play a major role and there is a growing universe of weapons involved. The proposal opens the door for example for drones – one of the key technologies the EU focuses on – to be exported freely because of EU-funding.

Other proposals by the parliamentarians are:

– use the 20 per cent ‘de minimis’ rule as standard when selling subsystems and components for major weapon systems produced by EU and Norway.

– Create space for more input on arms export decisions from the Ministry of Economics relative to Foreign Affairs.

Components are the main part of Dutch arms exports and not often seen as problematic when exported to a EU/NATO+ country, even when the final destination for the weapon systems would be controversial in the Netherlands itself. They even are subject to Global transfer and export licenses and General transmission licenses*. There is hardly any obstacle for arms industries to work together here and exchange components between companies.

Also larger subsystems for major weapon systems are very seldom controversial. Subsystems may be combat data systems and fire control radar. Currently Thales is delivering subsystems for German frigates build to be exported to Egypt. It is one of the largest licenses given in 2020. The ships cost € 5-600 million, the systems cost € 114 million. The 20 per cent de-minimis rule may be just enough to push even this large export out of Parliamentary control.

When looking more closely into the German French cooperation it become clear Bosman and Van Helvert missed some crucial parts of it:

the German-French connection is not as well established as the memorandum suggests. Recent media articles report on the difficulties between Germany and France in development of the Future Air Combat System (the most important part of military industrial cooperation), with some minor results after several weeks of arduous negotiations, but a veto on the program is still seen as a real threat. Also the common combat tank is struck in its tracks. Defence specialists recently wrote in an OpEd that Germany is: “a partner who has nothing in common with France.”

Bosman and Van Helvert suggest wrongly that the agreement covers all military components. The annex excludes a wide array of weapon systems, including howitzers like the PzH2000 (mentioned by them).

The German arms industry wants to use the lax French policies to break the German strong human rights orientation in arms export. There is no reason to embrace this idea. The present arms export regime provides more than enough mechanisms for industries to work together. And in some cases, an export is stopped. But that is exactly the aim of the policy. It might be sort of true that when the Dutch do not sell arms while others do, the result is nihil. But when the Netherlands follows others in more lax policies, there is a clear result: it becomes worse.