The Netherlands is in the midst of a multi billion euro acquisition of new conventional submarines to replace its current class. Recently the acquisition process was scrutinised by a large amount of questions (267) by members of the parliament to the government.

The acquisition has a defence-industrial component and will impact future European arms exports as well as the proliferation of submarine capabilities and technology. Three different wharfs are shortlisted, all linking to a Dutch counterpart: Swedish SAAB Kockums (with Damen); French Naval Group (with Royal IHC); and German Thyssen Krupp Marine Systems (‘Submarine Valley’ in Den Helder, home port of the Dutch navy).

“No European country can maintain the competitivity of its defense industry based on just its own domestic market,” said Hervé Guillou, director of the French Naval Group. This also applies to diesel electric submarines production. During the past 25 years, 178 conventional submarines have been commissioned. Of these China has produced 45, all but two (delivered to Bangladesh) for its own inventories; Russia produced 32, of which 25 were exported to five different countries; and 78 were produced or developed by one or more European Union members. They exported the lion share, 55, to 14 different countries in and outside EU/NATO+. The US is missing, although by far the largest submarine force, because it only produces nuclear – no diesel – submarines. European countries not only export hulls but also engines, sensors and weapon systems. Thirteen of the vessels have for example radar, sonar of electronic warfare capabilities of Thales aboard (see table). The submarine market is a ‘buyers market’ where margins for profit are small and lucrative offers to tempt clients to buy will be enormous.

According to the Dutch government, one of the reasons to acquire a new submarine is the worldwide proliferation of submarines. Potentially the Dutch will contribute to this problem themselves. However in Parliamentary questions the concern about export is restricted to export of Dutch knowledge to foreign European wharfs (this will be prevented by agreements on the transfer of technology) and to the exports of submarines by China. Some MPs already want to anticipate income from exports to change the picture on costs.

The costs of the intended submarine acquisition are still confidential, but the contract is classified in the highest government cost range for acquisitions over € 2.5 billion (it will be probably close to € 3.5 billion for four submarines). The submarines will be tasked with worldwide power projection, intelligence gathering (as the current class did e.g. in the Adriatic, Persian Gulf and near the coast of Venezuela), and covert deployment of special forces. Submarines are able to influence strategic situations and to create defensive and offensive fighting power.

The role of submarines is growing in importance because large surface vessel are much more vulnerable, according to naval expert Eric Wertheim. The logic to buy such boats is about power in a world moving towards a Cold War 2.0. Security may be better served with disarmament, arms control and confidence building measures, at least for the arms industry that is not an attractive alternative.

Reading the questions of the Dutch MPs the influence of the industry lobby jumps from the pages. Many questions are asked several times in exact the same wording. MPs fear Dutch knowledge will disappear when foreign submarine builders will be chosen to build the boats. As if there is a Dutch submarine builder available or easily created without hurdles and much higher costs. The Dutch government has some problems to make clear – to nationalist Members of Parliament with other presumptions – there is no foreign Dutch combined principle contractor, all design authorities and thus responsible wharfs are foreign, because the Netherlands has had no self-creating submarine shipbuilding capacity for 25 years.

The Ministry of Defence made clear knowledge will come to the Netherlands instead of leaving it. The Netherlands want an off-the-shelve design to be adopted to specific Dutch wishes and including Dutch technology. In the process the Dutch made an appeal to article 346 of the Treaty on the Functioning of the European Union and thus did not tender the order to the open market, to ‘protect essential security interests’. Access, strengthening, and expansion of submarine related knowledge and craft is essential to the Netherlands, according to the government, and article 346 provides a tool to demand involvement of Dutch industry of the foreign party delivering the submarine. Not only the industry which will be involved but also military research institutions (Marin naval research, TNO and UK’s BMT).

Dutch parliament members asked about risks behind the program. The government sees three different kinds of risks: technical (like integration of systems, political (like slow moving decision) and waning public support for the replacement. The Government keeps itself informed on these risks, but details are confidential. Until now the debate is limited to specialist articles in the papers, defence industry, different opinions between Ministries (Defence, Finance and Economics) and lobbyists. More public debate is badly needed. Social democrat party SP tries to raise awareness that billions spend on submarines are badly needed for social expenditures. Equally important is that this submarine acquisition does not contribute to military protection of Dutch territory, but to military strengthening of interventionist policies and to the danger of submarine exports. 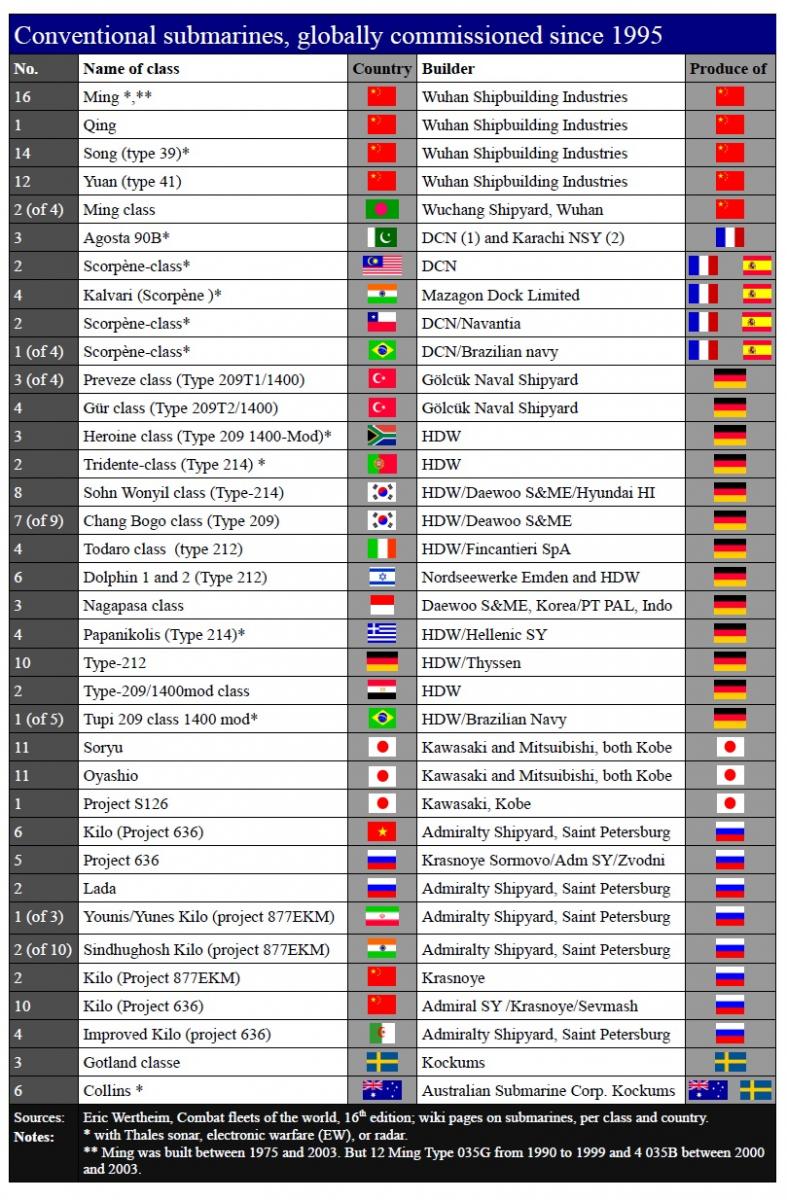