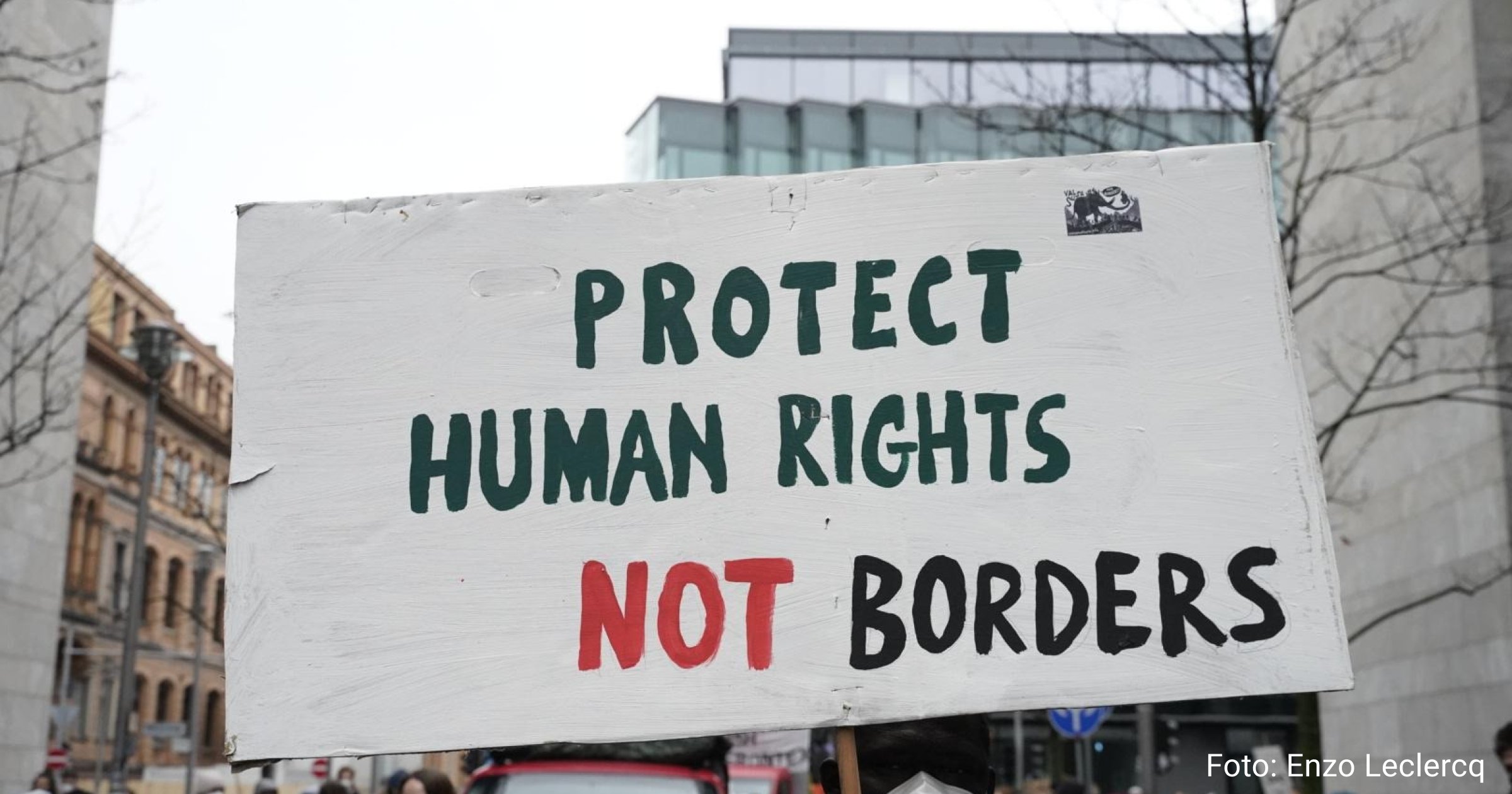 On 18 and 19 October 2022 the Royal Marechaussee, the Dutch military police, will host a Conference on the Entry/Exit System in the Maritime Domain for EU border guard agency Frontex in Rotterdam. The conference will bring Frontex staff, staff of border and port authorities from EU member states and representatives from selected companies and cruise-ship associations together to discuss the implementation of the Entry/Exit System (EES), a biometrics based database, at maritime border crossing points. The EES is part of a network of (biometrics) databases, with the aim to create a ‘virtual wall’ to keep or get migrants out of the EU. These virtual walls connect with the whole system of border walls, border militarisation, border externalisation, detention and deportations the EU has deployed in building Fortress Europe. It is also another profit opportunity for the military and security industry.

The Entry-Exit System is a system to register the crossings of EU external borders by short-stay visa holders and visa-exempt travellers from non-EU-countries. The database will contain name, travel document, biometric data and place of entry and exit. Refusals of entry will also be recorded. The system should replace the manual stamping of passports.

The European Commission presented the proposal for the EES in April 2016, as part of its Smart Borders Package, in the wake of the so-called ‘refugee crisis’ of 2015, when many new border security and control initiatives were launched. Originally the EES was planned to become operational in May 2022, but this has been postponed to 2023, because not all member states are ready to start working with the system and there are delays from the side of the companies contracted to set up the system.

The EES will be operated by eu-LISA, the EU Agency for the Operational Management of Large-Scale IT Systems in the Area of Freedom, Security and Justice. Frontex’s main role regarding the EES will be to support to EU member states’ national authorities with the implementation of the system, by providing training and advice and by possibly deploying officers with specific EES knowledge from its new paramility border police force, the Standing Border Guard Corps, to border crossing points.

The conference in Rotterdam will align with this role by focusing on the handling of cruise ship and pleasure boats passengers to meet EES requirements, technical solutions to facilitate the user experience in ferry connections and collaboration between border control authorities and port authorities, and presentations of ‘relevant innovative technologies’ by industry representatives.

The EES is part of a series of (biometrics) databases and border control systems, aimed at building a network of ‘virtual walls’ at and beyond the external borders of the EU. Part of this process is connecting the various systems – making them interoperable – to essentially create one centralized database with personal data, biometric features, visa status, information on (cross-border) movements and so on, accessible by police, border and migration authorities.

One of the consequences of this network is the creation of an ‘apartheid’ regime: EU citizens and wanted travellers have to get across the borders as quickly and as smoothly as possible, while potential ‘unwanted’ migrants have to be detected, controlled and refused. There are many concerns about the racist foundations of such a system, not in the least because of racial bias both on personal and technological level and the risks of ethnic profiling.

Like with the EES most of these databases are operated by eu-LISA. Frontex will be operating the central unit for the ETIAS system and cooperates with eu-LISA on the whole of its work. Apart from these large-scale systems Frontex operates its own smaller databases, for example to facilitate deportations, matching the agency’s increasing role in stimulating and coordinating joint deportations from groups of EU member states.

The EU expands these virtual walls beyond its own external borders as well. As part of the process of border externalisation, they (enforced) enlistment of non-EU-countries as outpost border guards to prevent migrants from even reaching the EU borders, the EU gives money, equipment and training to neighbouring countries to build up their own biometric border control systems. Remarkable examples are two projects to set up fingerprint databases of the whole population of Mali and Senegal by French company Civipol, a joint venture between the state and several French arms companies. These projects, financed with €25 and €28 million from the EU Emergency Trust Fund for Africa, seek to identify irregular migrants from both countries in Europe to deport them.

The EU border and migration databases present huge profit opportunities for the IT field within the military and security industry. Since 2019 five companies – Atos Belgium, IBM Belgium, Idemia (France), Leonardo (Italy) and Sopra Steria Benelux (Belgium) – have earned over half a billion euros from contracts to implement and maintain the EES, including its biometrics aspects. Smaller contracts were awarded to Everis (Spain) and Vision-Box (Portugal) for running pilot projects with the system in Spain and Bulgaria.

The companies that win the large contracts for the EES are part of a small group of companies that have earned hundreds of millions of euros with the development, implementation and maintenance of the EU’s virtual walls. These profit opportunities don’t come out of the blue, through succesful lobbying the military and security industry has been influential in shaping the EU’s militarised border and migration policies, based on the narrative that migration is foremost a security problem. The European Commission and other EU institutions, including Frontex, have been very receptive to the input from industry, embracing its representatives as experts rather than salespersons looking for profits.

This increasing closeness between authorities and industry can also be seen in the field of biometrics. The European Association for Biometrics (EAB), its primary industry organisation, has close relations to EU authorities. Frontex and eu-LISA officials participate in the advisory council of the EAB, which counts both companies as Idemia, Sopria Steria and Thales and national border authorities amongst its members. EAB regularly organising events together with eu-LISA and the Joint Research Centre of the European Commission.

The Frontex conference in Rotterdam contributes to the expansion of Fortress Europe through strengthening its virtual walls. The conference brings the heavily criticized EU agency and equally controversial border authorities of EU member states together to continue the failure of their exclusionary migration policies, where people on the move have been confronted with violence, pushbacks and other human rights abuses at and beyond the borders, have been locked up, often under inhumane circumstances, and been deported to unsafe, hopeless situations, or have been forced to live and be exploited as ‘illegals’ in difficult conditions, while military and security companies rake in billions of profits.