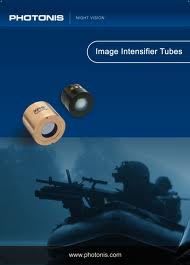 Over the past decades Dutch night vision equipment has been sold to military, police  and security forces in dozens of countries across the world. In the 1980’s then producer Delft Instruments became infamous thanks to illegal deals with Iraq during and after the Iraq-Iran war. In the 1990’s their DEP (Delft Electronic Products) unit boosted sales to countries such as China, India and Israel – virtually without public notice. Partly this was due to the fact that their night vision exports were no longer considered as being exclusively military: their ‘image intensifier tubes’ were ‘degraded’ to the category of dual-use goods.

While dual-use goods still require an export licence, the sales so far remain outside the Dutch annual report on arms exports, as it focuses on military export data only. But when a substantial part of the dual-use sales have clear military destinations and are in fact developed for the military market, this does not make sense. As a consequence of the shift from being labelled ‘military’ to ‘dual-use’, nobody really knows about the value and destinations of Dutch night vision exports.

Most military-related dual-use exports are those of image intensifier tubes for night vision equipment, camera’s for military uses and, to a lesser extent, portable surveillance radar. The latter is Thales Nederland’s Squire, which has been exported since 2008 to destinations including Libya.

Most of the night vision is exported by French-Dutch-American company Photonis, which in 2005 absorbed DEP from Delft Instruments.

Among the main customers of Dutch night vision are armed forces in South Korea (over 67 million euros), India (12 million), Colombia (4 million) and Turkey (2 million). All four countries are involved in major conflicts, internal and/or external. Still export control authorities apparently do not see problems with allowing exports to these destinations.

Significant export licences for cameras with military or security purposes were granted to a number of Middle Eastern and North African countries: Qatar (17 million), Saudi Arabia (12 million), Morocco (10 million) and Egypt (8 million). It is unclear whether, and if so, to what extent the Arab Spring has changed the position of Dutch export control officials.

This Thursday, on the last day of the parliamentary year, the Dutch arms export policy will be debated in parliament. Quite exceptional, one of the items listed for discussion is dual-use export policy.

In our report we urge that a next annual report on arms exports will detail and explain Dutch dual-use exports with a military, police or security use. For now hopefully MP’s will use our analysis to question a number of controversial dual-use exports of the past few years.