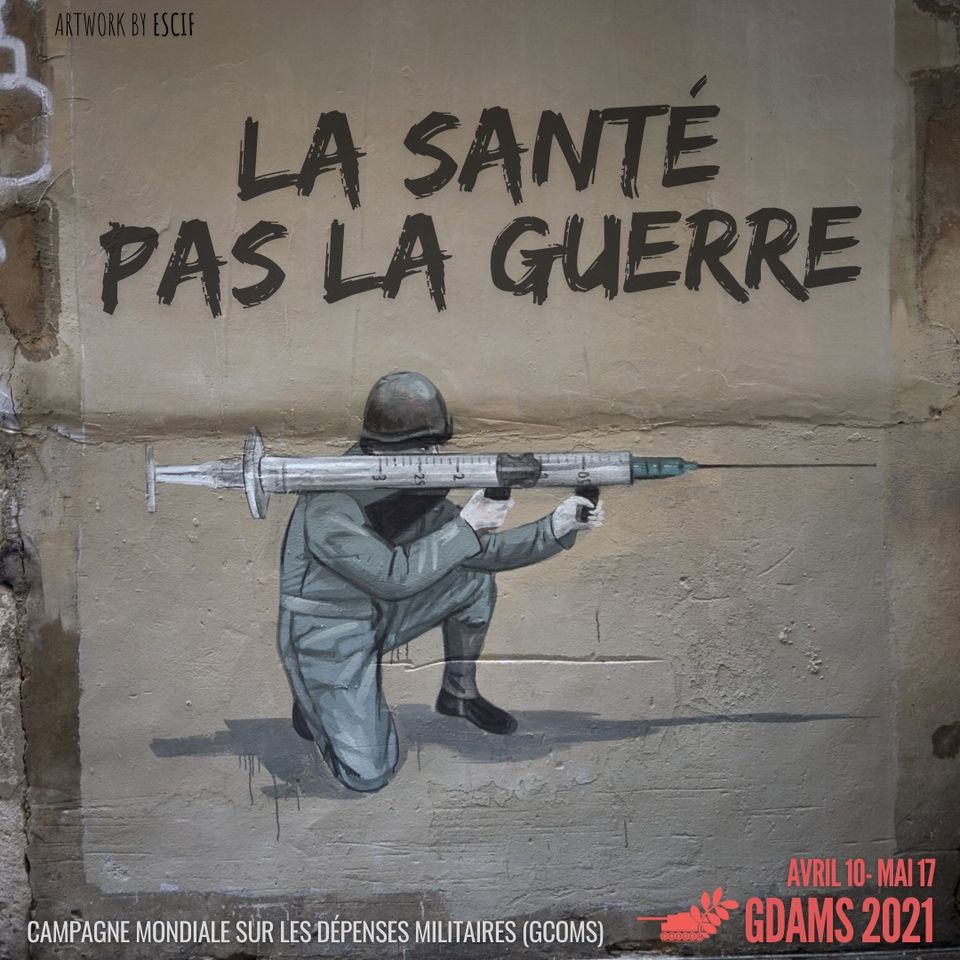 The French arms export policy is part of the ambition to create a military sovereign France that can produce its own high-quality weapons. In order to keep independent production affordable, exports are needed to ensure economics of scale and spread the enormous development and research costs over more units.

To this aim, the French government follows a policy in which arms export promotion is much better organised than arms export controls. In the past, France has even evaded United Nations arms embargoes, such as with deliveries to South Africa during the Apartheid era. Arms companies have bribed customers. And nowadays export depends on sales to brutal regimes like Saudi Arabia and Egypt. Lucie Béraud-Sudreau* filleted this policy in a book titled: French arms exports over the past sixty years; the business of sovereignty, published by the International Institute of Strategic Studies IISS, a think tank closer to the Military Industrial Complex than to its critics. That perspective doesn’t make the book less interesting.

The state-owned enterprises established to support the French military grandeur are still the foundation of the French arms industry and the State still has a big finger in the corporate pie. State aid included payments for equipment produced but not sold, a policy abolished in 2000. Not abolished is Article 90, providing loans for companies wanting to adapt weapons to the demands of a foreign customer, which only have to be paid back when deliveries are running.
Arms trade was given a noble label, supposed to be in the interest of a balanced North-South relationship. After all, France broke through the bi-polar Cold War model and Paris did not attach any patronizing conditions to deliveries. This export policy has been successful: In 1960 8% of French military production was exported, in 1990 this had increased to 31%.

The entire system was set up for sales promotion; export control remained a neglected child. If, despite this, the system faltered, the Elysée could serve as a lubricating oil, as happened recently in two cases: François Hollande and Emanuel Macron both intervened when the Ministry of Foreign Affairs threatened to block arms deliveries to Saudi Arabia.
Arms manufacturers have anyhow far more opportunities to represent their interests than NGOs. The Dassault family, for example, has had good relations with important politicians for decades. In addition, the engineers who do the export control are trained at the same École Polytechnique as the engineers of the arms industry; cooperation is easy. On top of that, as bluntly put forward by a Defense Ministry official: “French parliamentarians don’t give a damn” about controlling arms exports. However a recent survey by Amnesty International France shows that there is room for stricter peace and human rights scrutiny. The policy needs moral and ethical improvement.

But opposition is strong. Dassault pressed President Hollande to export Rafale fighter jets in order to hold up production lines for the French armed forces. If not, France should buy the fighter planes itself. So, worried about budget deficit, Hollande gave in. Béraud-Sudreau states: “This is a good indication of how arms exports are a crucial factor of the French State’s military budgeting; any shortfall in exports would end up being paid by the taxpayer.” Three decades after the Cold War, the French arms export system still exists. “Under the successive presidencies of Jacques Chirac, Nicolas Sarkozy and François Hollande the fundamental tenets of the policy were little changed – and Emanuel Macron, so far, has steered a similar course” the author notes.

Nevertheless, she sees the French arms export policy to be changing. Military industrial cooperation in Europe is expanding, since last year supported by the European Defense Fund. In addition to more active control, the writer advocates more cooperation with European partners. Until now, France has always blamed Germany for disagreements over arms exports, but one could also argue that “France’s inflexibility” and “lack of political debate on arms sales” are obstacles to further cooperation with Germany, writes Béraud-Sudreau. There are also calls for cooperation from the military industry itself. Recently Lorenzo Mariani, CEO of MBDA Italia (MBDA is the European missile manufacturer) stated : “No country or company has the capacity or economic power to deal with new technologies: collaboration, especially at European level, is a fundamental element, and the European Defense Fund will play an important role.” Better coordination is especially necessary in cross-border military-industrial cooperation. Which way this will go, towards the traditional French arms export promotion or towards the Northwest European tighter control, will be determined by politics.

Stricter control – or not?

Béraud-Sudreau points to the paradoxical situation that while French organizations were advocating for the ATT, control in France itself was on the decline. The French NGOs were mainly engaged in international campaigns for the ATT and did not follow concrete domestic policies. Their limited resources prevented them from targeting both. The French government’s view on the European Code of Conduct on Arms Exports was not that it was intended to make arms deliveries subject to conditions, the author argues, but rather a means of creating a level playing field in Europe in arms exports. In addition, the European Intra Community Transfers (ICT) directive to simplify military exports within the European Union led to a decrease in French controls; from layered control to one-step control. The French chose to use the system not only for intra-European, but also for export to destinations outside Europe.

In the Netherlands, politicians of liberal conservative party VVD argued in favor of abandoning a strict Dutch application of the EU arms export guidelines, because it is unfair as France does what it feels like and will be soon followed by Germany. France is used to sell a race to the bottom policy . It shows that what happens in France is important also for policies in other (smaller) EU member states. In this book, packed with facts and analyses, Béreau-Sudreau indicates that France may be heading for a more mature arms export policy. Maybe not in the first place for ethical or moral reasons, but because cooperation with other parties in Europe makes this necessary. That the French opposition for an ethical arms export policy is growing, is an inspiration.

Martin Broek June 2021
See also: Parliamentary oversight of arms exports having an impact, a report by The Observatoire des armements.

* Lucie Béraud-Sudreau has become director Arms and Military Expenditures Programme of SIPRI in February 2020 and argues for strengtened cooperation of Europe’s military industry.