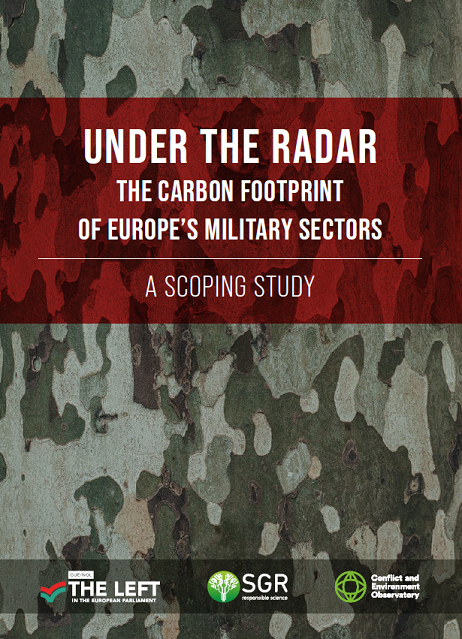 Militaries are high consumers of fossil fuels – and yet they are frequently exempt from publicly reporting their carbon emissions. This is equally true in the European Union, and so a new report by SGR and CEOBS has examined the size of the military carbon footprint in the region.

Tackling the global climate crisis requires transformational action by all sectors, including the military. In October 2020, the Conflict and Environment Observatory (CEOBS) and Scientists for Global Responsibility (SGR) were commissioned by the European United Left/Nordic Green Left (GUE/NGL) – a group within the European Parliament – to undertake a broad analysis of the carbon footprint of the EU military, including both the national armed forces, and military technology industries based in the EU. The study also looked at policies aimed at reducing military carbon emissions.