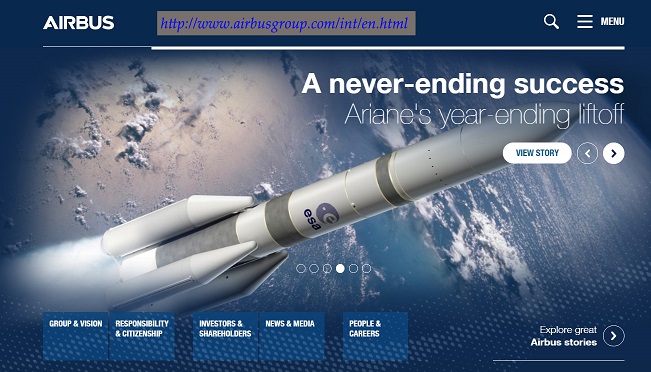 The official headquarters of Airbus can be found in the middle of Leiden, near the oldest university of the Netherlands. In big white washed production halls, robot arms for a space station are hanging in a frame. The well-known Ariane rocket, the European launch vehicle for the European Space Agency satellite launchings, is maintained in Leiden. But also the smaller VEGA rocket, which can bring satellites into space in a more cost-efficient way. Far reaching ideas can be expected in this environment. Leiden University is the Dutch institute which educated and employed the most Nobel Prize Laurates. Airbus Leiden is tapping into this pool of knowledge.

Airbus Defence and Space Netherlands is not directly focussed on weaponry. For the Dutch government, the military and the industry, this facility is an entrance into the wide portfolio of Airbus Defence projects in Europe. Knowledge created in Airbus Leiden Space Production is shared with other facilities, included this on defence and weaponry. Technology developed in Leiden is used in military simulation and training, such as the Embedded Combat Aircraft Training System (ECATS) for the F-35. Airbus Leiden also cooperates with the Dutch Ministry of Defence for tailor made products.

Space (and interconnected cyber) is the quick developing new dimension of warfare and thus of military applications, soft- and hardware. It is also a priority for the European Union to develop this. The European Commission adopted a Space Strategy for Europe with the aim, among other things, to develop additional European space-based services such as developed by Airbus. Satellites bring devices into space for military communication and intelligence. Such as the advanced military multi-band communication satellite GSAT-7 launched for the Indian Space Research Organisation (ISRO). It was 17th Indian satellite launched from ESA with the Airbus Ariane from the launch site in French Guyana.

The main military applications for satellites are navigation (including for guided weapons and drones), communication and intelligence surveillance and reconnaissance (ISR), all roughly taking one third of its milsatcom capacity. All market surveys expect enormous growth of the military satellite market (now roughly US$ 5 billion), from a forecast of 5 percent annual growth rate (CAGR) to a prediction of 70 percent in the next ten years.

“We are launching military satellites for many countries so we have all the security means in place for these satellites, which are very sensitive in terms of access to the spacecraft and the data,” according to Jacques Breton, senior vice president of sales and business development at Arianespace, to IHS Jane’s. One of its last launches, in December 2016, of an Airbus VEGA-rocket brought in space a GÖKTÜRK-1 satellite as part of a contract with the Under-secretariat for Defence Industries of Turkey (SSM). “Its images are intended for civilian and military applications. “Even the US has considered rockets from Airbus Space for its military launches.

But it is not only the scale of warfare changing which includes new dimensions, it is also the relation between market and military which creates new rules of play. Satellites and ISR information give companies their own intelligence input, which can be sold and shared. Private companies as providers of intelligence are a relatively new phenomenon. An example is the cooperation with IHS (publisher of military magazines) which offers its readers satellite images of hot spots in Syria, the South China Sea or the region around Yemen. IHS provides this information for clients worldwide. Which brings a range of questions on how is this controlled and who is responsible for that control.

In February 2016, Airbus announced the launch of one of eight satellites forming the privately owned so-called Skynetwork. Part of this is the XEBRA milsatcom service meant for secure tactical and intelligence communication in harsh and remote environments by primarily the military and governments.

Airbus Defence and Space provides all Beyond Line of Sight (BLOS, over 600 miles) communications to the UK Ministry of Defence and also allows other NATO and allied governments to use Skynet’s services: “ensuring reliable and tactical communications, even on the edge of cover, making it ideal for naval and airborne platforms.” This leasing of communication and intelligence capacity is blurring the lines between government and private entities on core military activities. It is incredible that communication, navigation and intelligence gathering are privatised. War and conflict are no economic activities to gain profit from. They must be controlled by governments decisions and kept far from commercial interests.