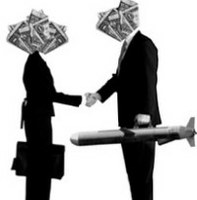 The crisis in Ukraine is a hot topic in Europe. But how likely is a military conflict to be? This sentiment can be deduced from the behavior of investors in the arms industry. If there are no military conflicts, there will be no greater need for their service, and investors will take that into account. The shares are based on the world’s largest arms manufacturers in terms of sales. The list is based on the Defense News 2021 rankings. Chinese companies also do a lot of work in the arms business, but as the investor does not have access to them, only those companies that have been listed are taken into account here.

It must be borne in mind that the share of pure “war business” can vary greatly from company to company. There are companies that only deal in weapons and companies for which the production of war machines is just one side business (eg Airbus ).

Today, the stock was down one percent on the US pre-market, but since the beginning of the year, the security has risen 11.5% to $ 396. In the spring of last year, the share fell more sharply, and a new rise began in December last year.

Boeing’s share has risen just under 5% this year, the stock has moved sideways in the last 12 months and is trading at $ 212.

The company’s best-known products include bombers and military radars. The company’s share has risen 3% this year, up as much as 34% in the last 12 months, and the share is trading just below $ 400. The share rose as much as 4.5% last night. Last year, the company’s profit was more than doubled compared to last year.

This US company offers, for example, unmanned submarines and war machines. The company’s share has risen by almost 2.5% this year. The stock has risen an almost uninterrupted 30 percent over the past 12 months and is currently trading at $ 213.

Britain’s BAE Systems rose half a percent to £ 6.1 per cent today, with most European stocks falling. The share price has risen 10% this year and 26% in the last 12 months. The biggest increase started in December.

This US company advertises on its website that their bread is electronic warfare. The share of L3Harris has risen 4.5% this year, last night the share received a price increase of almost 4%. In the last 12 months, the share has risen by barely 15%, with a larger increase at the beginning of last year.

Another European company is better known for its commercial aircraft, but the company also offers something for war lovers. Today, the company’s share fell 1.8% to 116 euros on the Paris Stock Exchange. Since the beginning of the year, the share has risen by just 3.6% and in the last 12 months by almost 30%. After the interim decline, the stock gained new momentum in December.

In addition to conventional helicopters, the Italian company also allows various military equipment, such as drones and others. Today, the share has fallen by one percent on the Italian stock exchange and is trading at 6.5 euros. Since the beginning of the year, the share has risen 2.6%, but in the last 12 months it has barely 7%.

The French defense company Thales fell 0.9% on the Paris Stock Exchange today to 83 euros. Compared to the level at the beginning of the year, the company’s share is almost 12% higher. In the last 12 months, however, it has risen by just under 7%. The stock began to fall at the end of last summer, and it was not until December that the stock breathed new life.