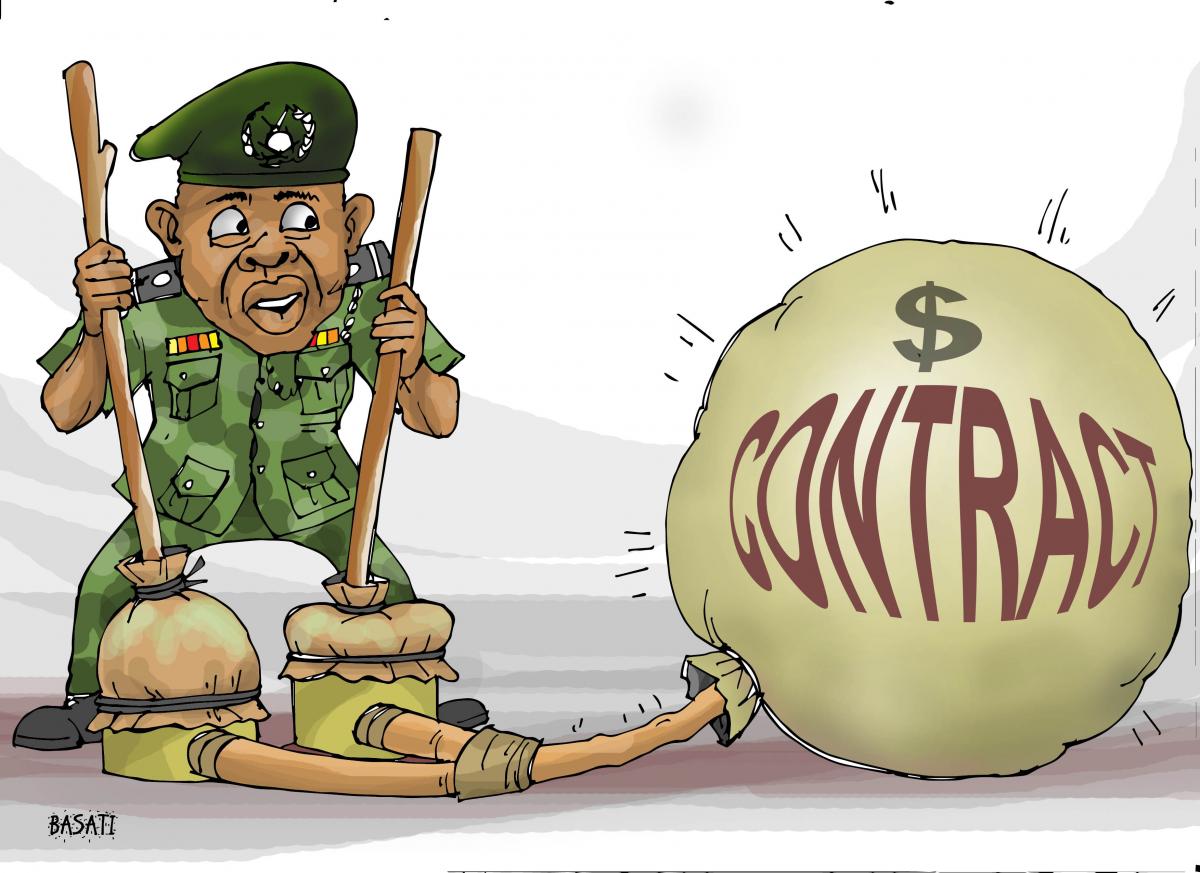 Corruption in arms trade is endemic. But the corruption surrounding the export of Dutch gunboats to Nigeria is next level. The Nigerian Premium Times published a series of articles on how Nigerian and Israeli businessmen and high ranking officers enriched themselves by weapon deals. In an article under the heading ‘When generals turn bandits‘ one of them called it “a particular corruption ridden, hyper-inflated gunboats purchase contract he masterminded.”

Small Dutch boatbuilder Techno Plast Marine (TP Marine, TPM, – with 19 personnel at maximum –) sold gunboats to Nigeria and became tangled up in corruption which ended in its bankrupcy. Losers of this scandal are the workers at TP Marine and the Nigerian population. TMP built speedy and easy to manoeuvre rigid inflatables. For example for Dutch water management and infrastructure organisation Rijkswaterstaat, the Ministry of Defence, and also for private customers. A booklet on boatbuilding in South Africa describes TPM as a boatbuilder with four divisions and “African sales account for approximately 50% of sales (…) TP Marine also has representative offices in each market.” Which is probably an exaggeration. The booklet mentions production facilities in the Netherlands, China, Africa and Kuwait.

The most important African client was Nigeria. In 2009 TPM received a deal from the Nigerian armed force for 20 K-38 catamarans. This fast attack craft can be armed with a 12.7mm machine gun and according to the website of TPM – as reported by Stop Wapenhandel in 2010 – even with Hellfire missiles. The boats were “ideally suited for rapid response, amphibious deployment of commandos (…) can provide covert striking power against critical targets.” They were meant to control the creeks and small rivers of the Niger Delta region. In answers to Parliamentary questions the Dutch government bluntly stated that the boats were important to protect oil platforms of Shell in the Niger Delta. Although violent military repression of Niger Delta opposition groups was a well-established fact at that time, according to the government the gunboats could not be used in human rights violations.

While providing an arms export license the Dutch authorities stated that an end-user declaration was part of the deal and that there was guarantee by the Nigerian government these ships would not be resold without the consent of the Netherlands. One wonders if any eyebrow was raised when the following fraud surfaced, if noticed at all.

The K-38 story starts on October 6, 2008, when Amit Sade, a notorious Israeli contractor and CEO of Doiyatech Nigeria Ltd., was asked to provide catamarans. Without bidding the cost was NGN 3.1 billion (€ 19,5 million). Sade was directly provided with 80 percent of the sum; almost € 16 million (which was much more than the € 5 million indicated in the export license for TMP) and returned with 8 boats. It is unclear if anything was paid to TPM at that time. TPM started to work hard on quickly producing the other 12 boats. These however were never collected by Sade. In vain TPM contacted the Nigerian MoD about this. “Neither the defence minister nor the ministry acted to recover either the boats or monies paid out to Mr. Sade” reports Nigeria’s Premium Times. 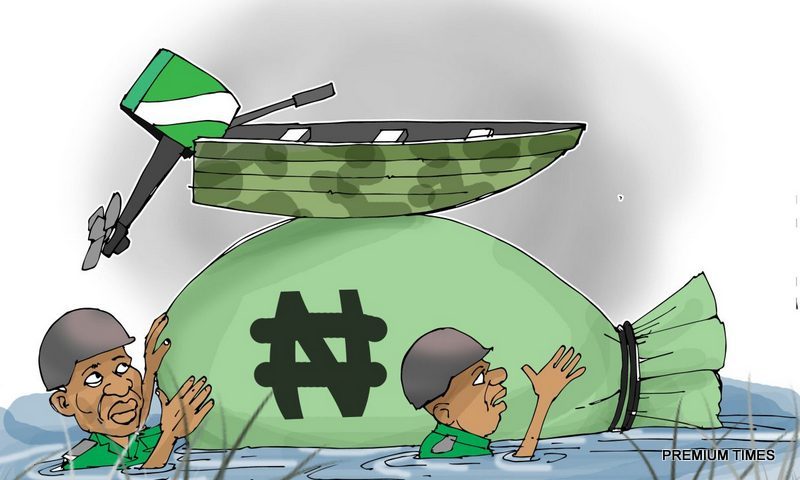 The costs of storing 12 boats soon started to dig holes in the finances of TPM in the Netherlands. Desperately, four years later they brought them for auction in Amsterdam. Six of them were bought at giveaway price by defence contractor Rabiu Hassan. He already had met in London with the owners of TPM, Bjorn Neeven and Roland Kraft. Neeven and Kraft did not want to sell the six ready boats directly to Nigeria, because they were already sold to the Nigerian military. Therefore a construction was set up with a middle company, using a defunct company of a friend of Hassan, Hypertech UK ltd. Hassan sold the boats to this company, not for the origional NGN 156 million, but for NGN 49 million (€ 280.000). From there the boats were sold to Salihu Atawodi, chairman of the Nigerian Presidential Implementation Committee on Maritime Safety and Security (PICOMSS). The boats, once made ready and armoured, were not meant for the Niger Delta this time but to secure the Gulf of Guinea. Atawodi flew to the Netherlands, got a demonstration and “a sales contract was drafted immediately.”

The costs of the six boats together, included armour, was NGN 620 million, an amount to be inflated with NGN 2.5 billion to be shared among those involved. As PICOMMS did not have access this amount of money, the help of Nigeria’s National Security Adviser (NSA) was asked. This was General Andrew Azazi, who had become rich by issuing security contracts to repented warlords in the Niger Delta. Azizi was however was fired mid 2012 and replaced by Sambo Dasuki. Some pressure had to be put on him before he also bowed for the attractive deal.

It is unclear how much money changed pockets before friction between Atawodi, Hassan and his friend at Hypertech made the deal starting to fall apart. But NGN 620 million was credited to the bank account of of Mr. Hassan and he was also paid NGN 174 million by Mr. Dasuki, who backed away after this first trance. During an investigation by the Economic and Financial Crimes Commission it was established none of the six boats was ever delivered to the Nigerian armed forces.In the meantime TPM in the Netherlands tried to shake of its bankruptcy creditors by stating the money transfer was delayed because of “a change in the political situation” in Nigeria which the management expected to be solved soon. (TPM bankruptcy report 7, Hoorn, June 17, 2015) However the money never came.

The bankruptcy case of TP Marine – and a newly created company called Dutch Marine – will come to a close in 2020. For the Nigerian press the bankruptcy of a small Dutch company is not an issue. Nigeria has bigger problems to report and TPM is was just one of many companies attracted by the idea of easy money. That the Dutch press missed this corruption case however is remarkable. What is left of TMP is TP Marine Algeria (with the same logo) still active in 2018 and also building the K-38. TPM Algeria was created in 2010 out of a desire to create quality rigid inflatables in Algeria with the support of TP Marine in the Netherlands.