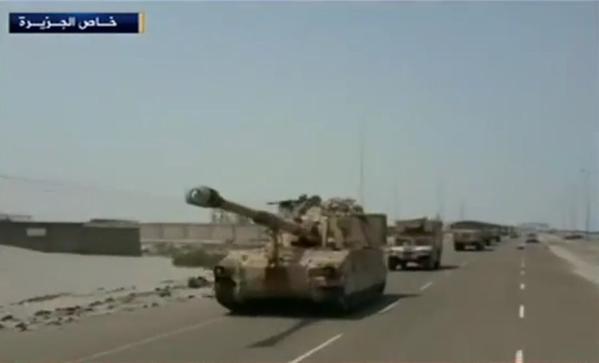 Parliament supports proposal for investigation
24/11/2015 – It is very likely that arms and military systems sold from or transited through The Netherlands are used in the war in Yemen, writes the Dutch campaign group Stop Wapenhandel (Stop Arms Trade) in a recently published research report. It concerns Howitzers, tank communication systems, fighter jets and naval fire control systems. The war and blockade of Yemen has led to a humanitarian disaster of which all parties of the conflict are guilty. Nevertheless there is still only a one-sided arms embargo, against the Houthis and troops loyal to former president Saleh. Arms export to the Saudi-led coalition continues as usual.

Although the Dutch government still has not published its arms export figures for 2015, from the presently available information can be concluded that weapon types identical to those delivered by The Netherlands are deployed in the war in Yemen. There is also an extensive transit though airport Schiphol and the Rotterdam harbor to the Saudi-led coalition.

Stop Wapenhandel calls for an arms embargo for all involved parties in the Yemen war and a license obligation for arms transit to Yemen. Also, the Dutch government should undertake a comprehensive investigation to find out if Dutch arms or military equipment exported in the past have contributed to violations of international law, including the death of civilians or destruction of civilian infrastructure. This last recommendation is now supported by a majority of the Dutch Parliament.